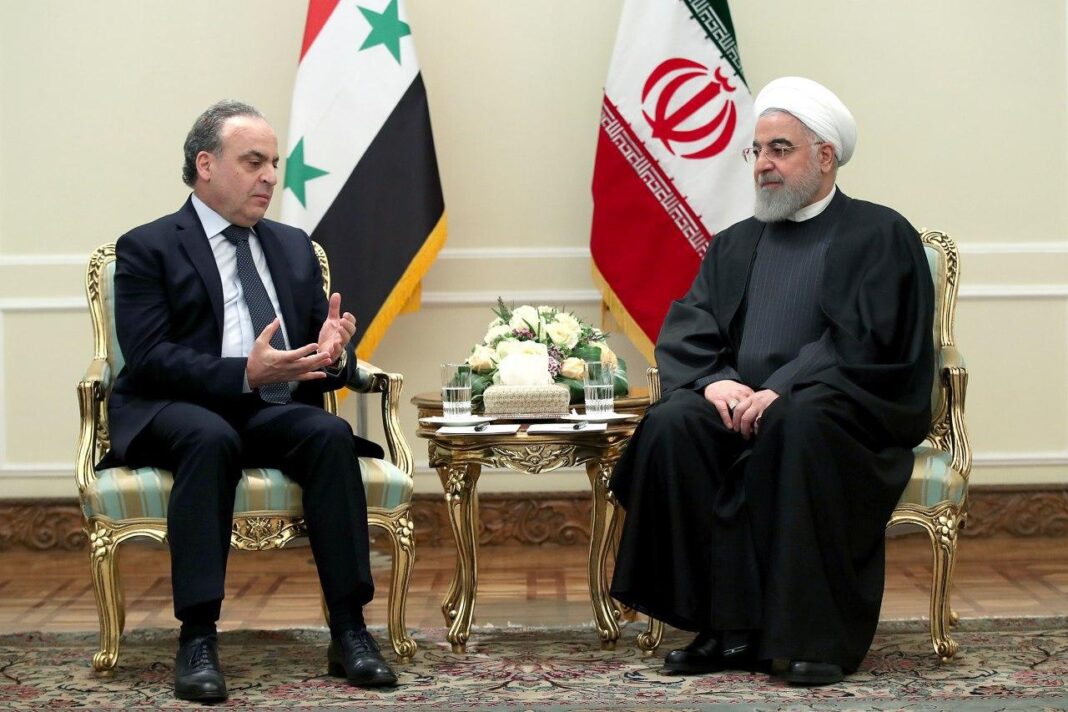 President of the Islamic Republic of Iran has lambasted the US for its attempts to take control of Syria’s oil resources, urging that the regional nations should not relax until the American military forces are expelled from the region.

In a meeting with Syria’s visiting prime minister in Tehran on Tuesday, Iranian President Hassan Rouhani expressed gratitude to the Syrian government and nation for their sympathy over the American assassination of top Iranian commander Lt. General Qassem Soleimani and the loss of scores of Iranians in the recent crash of a Ukrainian passenger plane.

General Soleimani was a great and highly-revered figure not only among Iranians, but among the whole freedom-seeking people in the region and the world, President Rouhani noted, saying the late Iranian commander was assassinated in a US terrorist attack because he was a supporter of the oppressed people across the region and thwarted the plots hatched by the US and the other enemies.

“We will never forget such grave US crime and believe that the regional nations should not relax until ending the military presence of the US in the region and evicting those invaders,” he added.

“Today, the Americans’ interference in the affairs of the other countries and their attempts to seize Syria’s oil wells have clearly revealed that they’ve never cared about the interests of the regional nations,” the president stated.

He further reaffirmed that the Islamic Republic of Iran will keep supporting the oppressed nations in the face of the global arrogance in the same way that it has stood by the Syrian government and nation in the fight against terrorism.

The cooperation between Iran and Syria must continue until achieving the ultimate victory, eradicating terrorism, expulsion of the foreign occupiers from Syria, and the return of Syrian refugees to their homeland, President Rouhani stressed.

He finally expressed hope that the process initiated by Syria’s Constitutional Committee would fulfill the interests of the Syrian nation.

For his part, Prime Minister of Syria Imad Khamis offered his condolence over the martyrdom of Lt. General Soleimani, describing the loss of the Iranian commander as a major disaster for all liberalist nations in the world.

Paying tribute to the late commander for his indescribable bravery, Khamis said Lt. General Soleimani will remain forever in the hearts of Syrians following his great contribution to the axis of resistance in the region.

The Syrian premier also noted that Iran’s retaliatory missile attack on a US military base in Iraq has sent a clear message to the regional and world governments, saying, “This action showed the enemies that the arrogance has no place in this region anymore.”

Highlighting the continued efforts to eradicate terrorism in the region, Khamis added, “The presence of Americans in Syria is a blatant example of occupation, and we believe that all nations and governments must stand against their (US’) illegitimate presence in the region.”

The Syrian premier further offered condolences to Iran over the deaths of people in the Ukrainian plane crash, saying Iran’s admission of responsibility for the accident indicates the Iranian officials’ honesty and prudence.

The Syrian nation is grateful to the “Iranian brothers” for all their support and help, Khamis noted, calling for efforts to expand the trade ties and to broaden cooperation between Damascus and Tehran in various fields.

“In the process of reconstruction of Syria, Iran is definitely our top priority, and we invite the (Iranian) companies and private sector to get involved in the Syrian projects,” the Syrian prime minister concluded.