“US Targeting Iran’s Achilles’ Heel to Curtail Its Regional Influence” 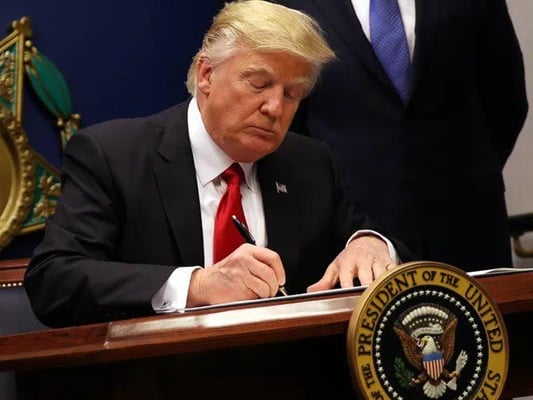 A political commentator says Washington’s pullout from the Iran nuclear deal and re-imposing sanctions were basically aimed at cutting back Tehran’s influence in the Middle East.

Saber Golanbari has, in interview with Khabar Online news website, weighed in on the purposes behind Trump’s decision to withdraw the US from the Iran nuclear deal, and its impacts on Iran.

Golanbari believes economy is the Achilles’ heel of Iran, and the US is targeting it to force Iran to sit for talks over its regional policies and missile capabilities.

He has also discussed prospects for crises in the Middle East, and the reaction of Europe, a major ally of the US, following the withdrawal.

Which path do you predict Europe will choose in reaction to Trump’s decision?

Today, Europe is in a dilemma. On the one hand, it wants to preserve the JCPOA due to different reasons because, by Europe’s own admission, there is no good alternative for the Iran nuclear deal. Moreover, the death of the JCPOA would mean the death of diplomacy and political solutions for regional and global problems as well as a major disaster for international law. Furthermore, this would mean complete submission to the United States’ unilateralism, and if Europe agrees to stay in the agreement, it will no longer be able to regard itself as a regional and global power. The US under Trump seeks to unilaterally impose its solutions. It unilaterally pulls out of international agreements, be it the TTP, or the Paris climate agreement or the JCPOA. We see the same thing in the Palestine conflict where Washington unilaterally gives al-Quds to Israel and imposes its solution.

However, on the other hand, Europe’s economic and political interests are inextricably intertwined with those of the United States. At the end of the day, it would be difficult for Europe to overlook these interests in order to preserve the JCPOA. What the European Troika is seeking today is to find a solution by which it will be able to preserve both the JCPOA and the interests it has with the US. It would be very hard.

I personally believe that Europe will not be able to put its word into practice and remain in the JCPOA in maximum three to six months’ time after anti-Iran sanctions go into effect, and will finally give in to Washington’s pressure. As many European banks and companies succumbed to Washington’s psychological pressure even before the US withdrawal from the JCPOA, Europe is unlikely to resist following the US pullout from the deal and the re-imposition of sanctions and Washington’s ratcheting up its pressure, and will probably not compromise its trade interests with the US, which amount to more that trillions of Euros, for the sake of its trade with Iran, which hovers around € 15 million only.

So, Europe is likely to leave the JCPOA, but will not explicitly and officially announce its withdrawal; rather, it will keep asking Iran to live up to its commitments under the nuclear agreement. This is where the JCPOA will turn into a completely unilateral agreement imposed on Iran.

What is your assessment of the European Union’s recent moves regarding the JCPOA?

Europe has announced it wants to activate the Blocking Statute and keep European companies from complying with US sanctions. Unfortunately, it is too late to do this. There was no reason for Europe to delay the move. Europe should have put forward the idea, at least as a threat, before Trump’s withdrawal from the JCPOA, but it did not. Before Europe puts the law into effect, major companies such as Total will have left Iran, and at the same time, companies will not take risks and not make investment in Iran.

Legally and politically speaking, Europe has a free hand and can adopt numerous measures to counter the United States in order to preserve the JCPOA, but, at the same time, Europe’s hands are tied by the economic benefits it has in doing trade with the US. For the time being, Europe wants to keep the JCPOA with the minimum possible measures.

As this scenario unfolds in the future, the US will directly and Europe will indirectly attempt to use the “all options on the table” card to force Iran into staying in the JCPOA. It is a serious possibility that they will, in the medium term, replace the “lifting of sanctions” with the “threat of military option” in order to force Iran to maintain the nuclear agreement unilaterally. Of course, Iran will not agree to such a deal.

Also, other partners of Iran, namely Russia and China, despite their tensions with Washington, will not be able to, or will not be inclined to stand up to the US and Europe.

Finally, Iran will have no choice but to announce the termination of the JCPOA. Nevertheless, Tehran had better take and manage its post-JCPOA steps in a very calculated manner and use its options one at a time, not all at once.

How will Washington’s withdrawal from the JCPOA affect the region?

The US wants to counter Iran’s influence in the region by dismantling the JCPOA. Firstly, Washington wants to kill off the limited chance of diplomacy created by the implementation of the nuclear deal and increase its cost for other countries. Secondly, the US wants to launch a full-scale economic war against Iran by reinstating the sanctions that were in place before the conclusion of the JCPOA, and disrupt domestic security and stability in Iran by paralyzing the country’s economy.

While waging the economic war, Washington will also fuel tensions with Iran in the Middle East region, whether in Syria, Iraq or other regions.

At the moment, the US aims to force Iran into accepting a comprehensive, yet imposed agreement that would encompass three key issues: the nuclear program, regional leverage and the nuclear program. The most important of all is Tehran’s influence in the region and, for that matter, Washington’s efforts to effect radical changes in Iran’s foreign policy. The other two, namely nuclear and missile issues, are basically functions of the first issue.

Hezbollah Secretary General Sayyid Hassan Nasrallah officially announced that they had fired 58 missiles at Israeli positions in occupied Golan Heights. Some commentators believe the way to salvage the JCPOA is through Syria. Do you have the same idea? Is the US withdrawal from the JCPOA because of Iran’s presence in Syria? Will Iran leave Syria because of the JCPOA?

No, this is not the case. The missile attack launched from Syria was a natural reaction to Israeli strikes and was a sign of serious opposition to the objective that the US is pursuing in the JCPOA era, i.e. making Iran leave Syria. As I said earlier, the most important reason behind the United States’ pullout from the JCPOA was Iran’s presence and influence in the region. Israel regards Iran’s presence in Syria and Iranian troops reaching the Mediterranean waters and borders of occupied Palestine as a serious threat.

Iran’s withdrawal from Syria is the objective pursued by Israel, the US and Saudi Arabia. Tel Aviv’s red line used to be “getting close to the borders” of occupied Palestine, but now they have generalized it to whole Syria. Israel’s attacks are in line with the same strategy. These airstrikes are a challenge, but cannot change the equations on the ground. This has infuriated Israel.

Finally, we can say that the US is seeking an agreement which will secure the maximum degree of “win” for them and the most intense “lose” for Tehran.

It is a wrong speculation to say that Iran will be able to reach a deal with the US and ward off possible dangers by giving some concessions over its presence in the region, be it Syria, Yemen or elsewhere, or over its missile program or the JCPOA. Washington may set a minimum limit for its demands from Iran, but will not settle for that. Washington wants fundamental changes in Iran’s foreign policy, and the issue of Israel is a key variable here. If Iran begins giving concessions, they will finally push Iran to the dilemma of recognizing Israel or continuing to suffer economic war as well as political and regional pressure.