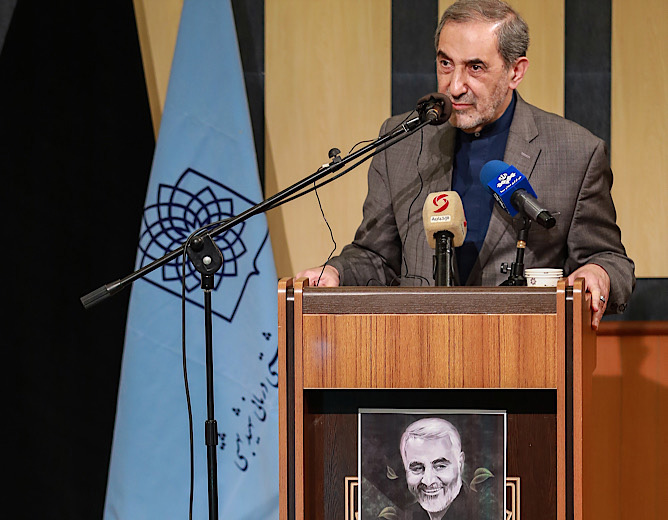 A senior advisor to Iran’s Leader, Ali Akbar Velayati, has warned that the United States’ refusal to leave the region will cause another Vietnam war to come.

Velayati made the remarks in a commemoration ceremony held for IRGC Quds Force Commander Qassem Soleimani on Monday in Tehran.

He pointed to the recent joint drills held between Iran, Russia, China, and described it as a turning point in opposition to the US moves in the region.

In spite of the political rhetoric of the ignorant President of the United States, Iran will act in a way that makes the US feel remorse, he said.

Veleyati referred to the US’ assassination of General Soleimani in Iraq and said “it was stupid of Americans to martyr Commander Soleimani, as the experience shows that they have always been defeated by the planning of Iran and the Resistance Front.”

Hailing Soleimani as “the axis of resistance during the events in Yemen, Iraq and Syria”, Velayati noted that if it were not for Soleimani’s acts of valor Baghdad would have fallen into the hands of ISIS and Damascus into the hands of extremists.

Velayati went on to point out a number of unique features of General Soleimani’s character. “When the issue of the separation of Kirkuk from Iraq came up everybody was worried about the consequences, but Soleimani’s discretion led to the return of Kirkuk to Iraq.”

“He had the closest link to Russian President and was the main factor in the unity between Iran and Russia,” Velayati added.