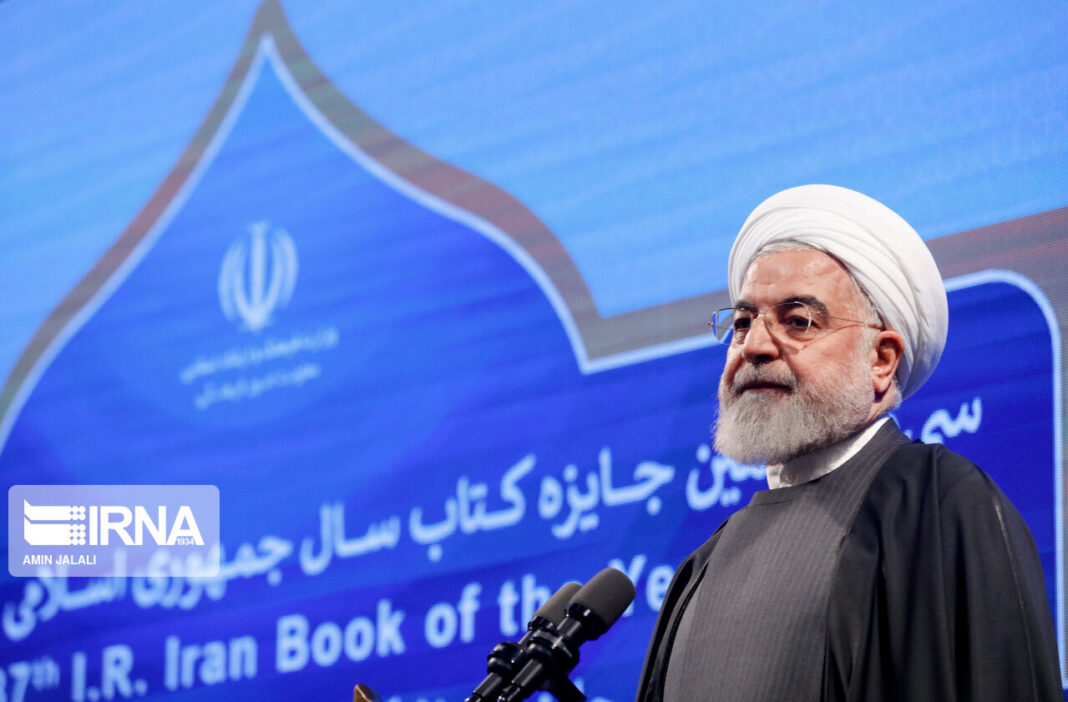 President of Iran Hassan Rouhani says the US has failed to bring the Islamic Republic to its knees, noting that Iran’s economy without oil has been growing in spite of the American sanctions.

“Despite the US pressures, the course of Iran’s progress has not been halted and our oil-free economic growth will be positive this year,” President Rouhani said in a ceremony on Iran World Award for Book of the Year, held in Tehran on Wednesday.

He also noted that Iran has been withstanding the toughest economic pressures imposed by the enemies, the US in particular, over the past two years, saying Washington has violated the UN resolutions and all international regulations.

The US has not imposed sanctions on a specific Iranian individual, but on 83 million Iranian people without exception, the president deplored, saying the US administration lies that it has exempted the pharmaceutical products from the sanctions.

President Rouhani added that the total value of Iran’s foreign trade during the first 10 months of the current Iranian year, including the exports and imports, has stood at $72 billion, showing a better performance compared to the previous years.

The US was mistaken to imagine that it could bring the Iranian nation to its knees during three months, the president stated, noting that Washington will never succeed to force Tehran to the negotiating table.

President Rouhani finally pointed to his recent meeting with the EU foreign policy chief, saying the Europeans have publicly acknowledged that the US has taken “wrong and illegal” measures.