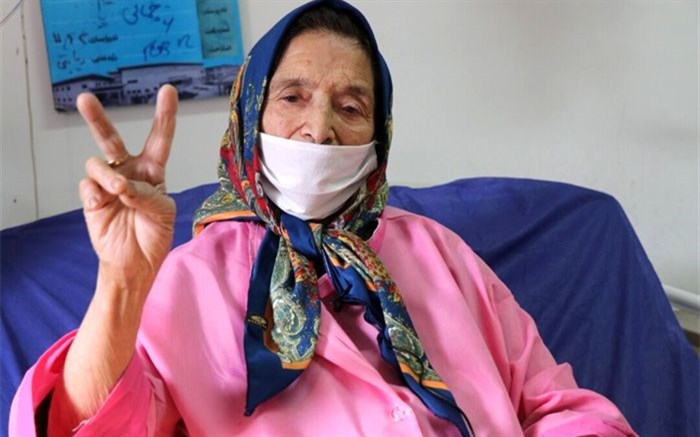 Three Iranian centenarians have recovered from the novel coronavirus and been discharged from hospital after full recovery.

A 102-year-old woman in the city of Zanjan was discharged from hospital after eight days of battling the disease.

She was reunited with her family after full recovery.

Another coronavirus patient, 106 years of age, in the city of Qom also recovered after 14 days and was discharged from hospital in good health.

In the same city, a 100-year-old man, named Afshari, recovered from the disease and left the hospital. Mr Afshari is the father of a martyr who sacrificed his life in the 1980 Iran-Iraq war.

Also in Qom, an 89-year-old man affected with the virus was discharged from hospital after full recovery. He had been in hospital for 20 days.

Earlier, a 98-year-old Iranian woman had made a miraculous recovery from the coronavirus after a 27-day hospital stint in the holy city of Mashhad, northeast of the country.

A 103-year-old woman was also discharged from hospital after full recovery from the novel coronavirus a few days ago.

Born in 1916, she is the oldest corona-virus patient to recover in Semnan’s Kowsar Hospital, said Dr. Navid Danaei, Chairman of the Semnan University of Medical Sciences.

She is in generally quite good condition, he added.

Sixty-five percent of the patients suffering from the disease have recovered and been released from the hospital, Dr. Danaei added.