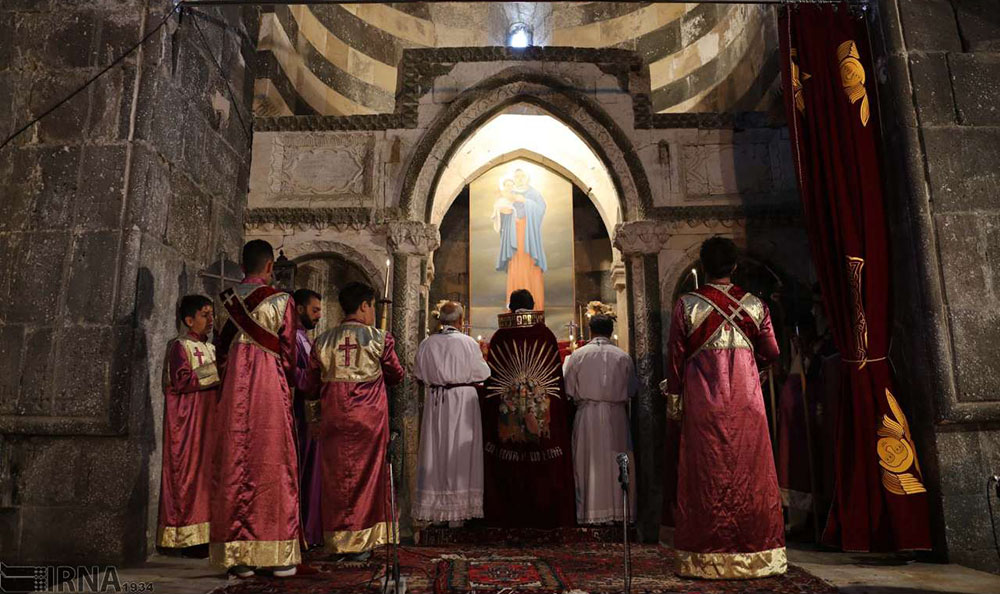 Thousands of Armenians from Iran and other nations including Armenia, Syria, Lebanon, the Netherlands, France, Austria, Germany and Canada took part in the three-day event, which was started on July 14. The ceremony is held to mark the martyrdom anniversary of Saint Thaddeus — one of the apostles of Jesus Christ (Peace Be upon Him).

Armenians believe that Qara Kelisa is the world’s first church constructed in 68 CE by one of the apostles of Jesus, St. Thaddeus. According to Armenians, he had travelled to Armenia, then part of the Persian Empire, to preach the teachings of Jesus Christ.

Photos from the recent ceremony are published by IRNA: