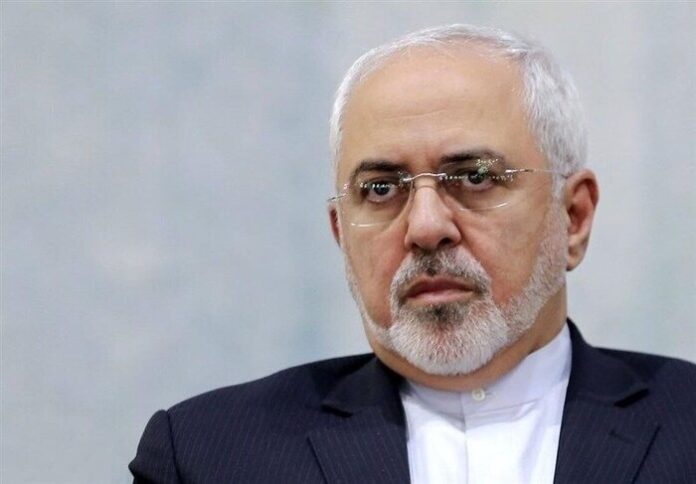 Iran’s Foreign Minister Mohammad Javad Zarif has scolded those who are now condemning US President Donald Trump’s assault on the rule of law after succumbing to his lawless bullying for four years.

“Those who succumbed to Trump’s lawless bullying for four years — to protect their skin at OUR people’s expense — now condemn his assault on the rule of law,” Zarif tweeted on Friday.

However, he added, they “still try to use his economic terrorism against Iran as ‘leverage’.”

“If you can’t grow a spine, gain foresight—for your own sake,” he added.

Zarif did not refer to any country or individual by name, but European countries, mainly France, the United Kingdom, and Germany, which were and continue to be a party to the 2015 nuclear deal between Tehran and world powers, had over the course of Trump’s four-year term effectively succumbed to his anti-Iran policies by refusing to uphold their own end of the bargain, citing US pressure.

Less importantly, some US foreign policy columnists, including Thomas L. Friedman and Bret Stephens, have in the past attempted to promote the idea that Biden could use the Trump sanctions as leverage against Iran instead of returning to the Iran deal — as the incoming president has pledged — and terminating those sanctions, which were imposed in violation of the 2015 deal with Iran after Trump unilaterally withdrew his country from the agreement.

Trump’s withdrawal from the Iran deal was not the only time the US president reneged on America’s international commitments. His single term was marked by unilateral pullouts from major international and bilateral accords and organizations.

That lawless attitude came under the spotlight when Trump on Wednesday incited a mob of his supporters to storm the US Capitol building as lawmakers were in the process of confirming the electoral victory of Biden. Trump has refused to concede his defeat even as Biden has garnered a wide margin of Electoral College and popular votes against him in the November 2020 election. The defeated US president has been making baseless accusations that the election was rigged.

During the Wednesday mayhem, armed Trump supporters breached the Capitol as lawmakers took shelter in their offices. While security staff was initially overwhelmed, police were later deployed and ended the chaos. At least five people were killed during the mob assault.