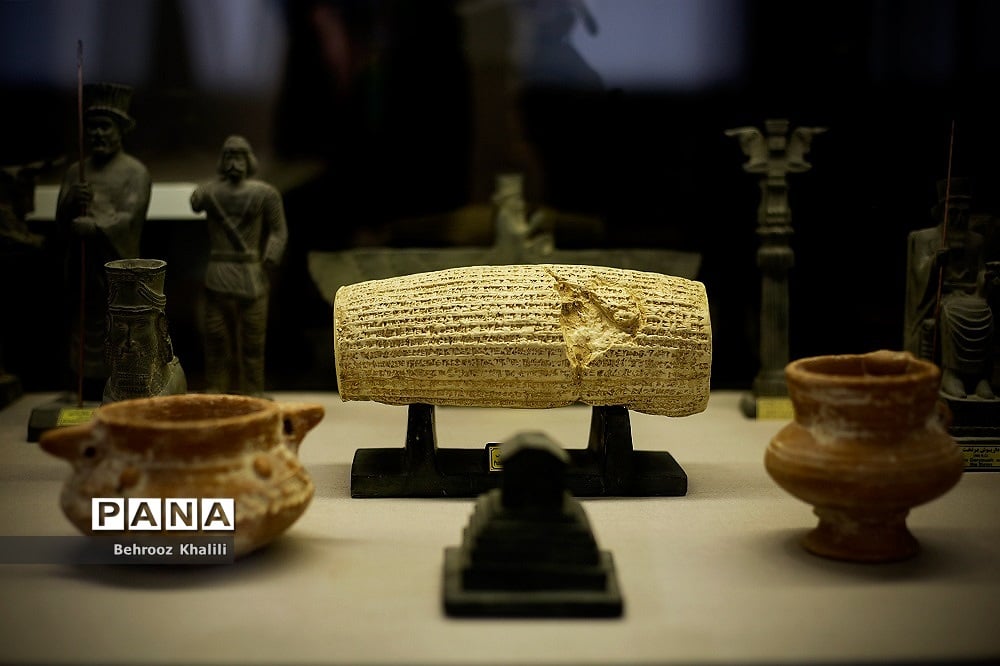 The Iranian capital, Tehran, is home to several attractive museums which draw large numbers of visitors every day.

Tehran Museums are among interesting destinations for the visitors of Iran’s capital. Touring museums is, indeed, an attractive activity all across the world. Their attraction draws large numbers of people from all walks of life; and draw and contribute heavily to the promotion of the tourism industry.

As a result, museums such as the British Museum, the Louvre Museum, the Metropolitan Museum of Art of New York, the Kremlin Palace, etc, are among the most important tourist attractions of their countries.

For Iranians, too, touring museums across the nation can be attractive. Accordingly, and on the occasion of Museums and Cultural Heritage Week, the most attractive museums of the capital, Tehran, have been introduced in a report by Honar Online:

“The Little Louvre,” which opened on March 5, 2018, showcases a treasure trove of antiquities of the internationally recognized Louvre Museum of Paris. Among the items on display at the Louvre of Tehran are paintings by Rembrandt and a Sphinx statue made of basalt dating back to the era of pharaohs, which is part of the antique items belonging to Ancient Egypt.

Two Iranian antiquities are also put on show at the museum; namely an ancient axe unearthed in the Choghazanbil archaeological site, and a bronze object, almost three thousand years old, belonging to the stock exchange dating back to the Iron Age. The museum runs until June 8, 2018.

The Ancient Iran Museum also known as the Mother Museum is among the most famous museums of the capital. The museum was first established by French architect and archaeologist André Godard between 1934 and 1937.

The architecture of Sassanid era has been the inspiration behind the building’s shape. The museum gives you an overview of the 7th millennium BC to the Islamic era with numerous antiquities. 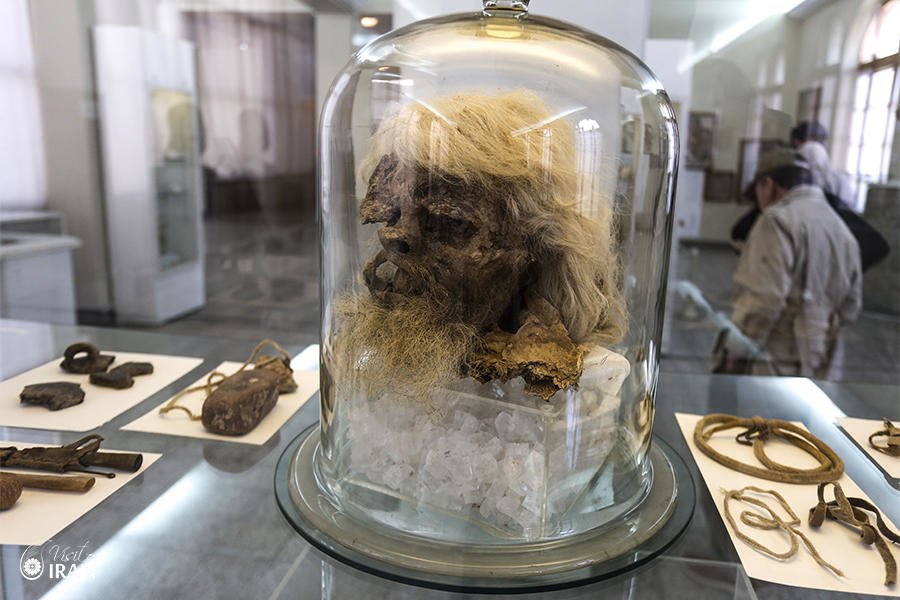 The Golestan Palace-Museum is the remnant of the historical Fortress of Tehran. The museum is more than 200 years old. The Fortress of Tehran initially dates back to the Safavid era. The Golestan Palace, however, is the only thing left of the ancient structure. The palace-museum has different sections, including different halls and mansions. The paintings of Iranian artists of the Qajar era are showcased in one of the halls of the museum. 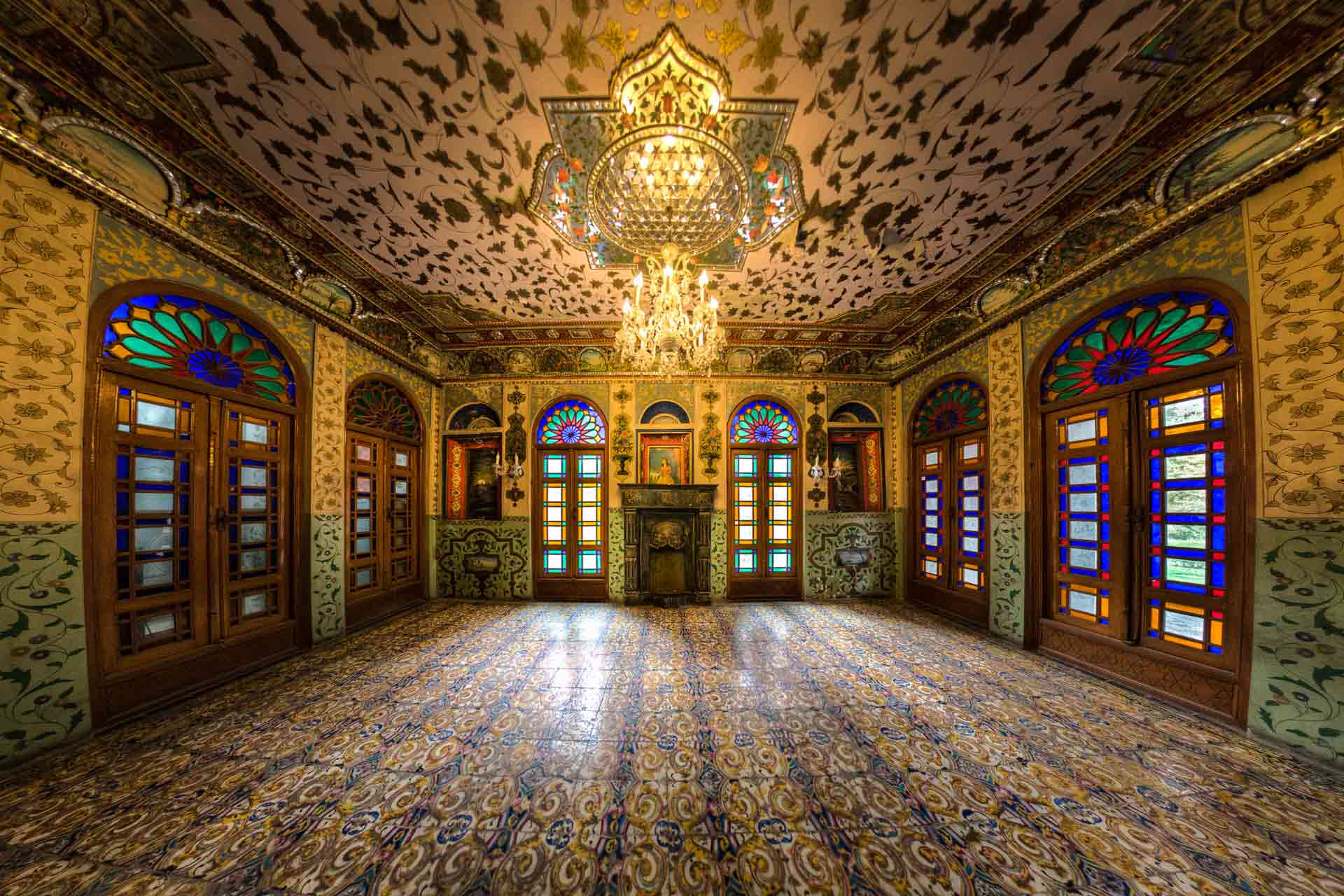 The Saadabad Palace-Museum is, in fact, the last royal palace of Iran. Initially, the Qajar dynasty used to reside in the palace. Later on, the palace was expanded before it turned into the residence of Reza Shah in 1921. His son, Mohammad-Reza, also moved there in 1971. After the victory of the Islamic Revolution of Iran in 1979, the palace turned into a museum. There is a building next to the palace which belongs to the Islamic Republic of Iran’s Presidential Office; and is used to receive foreign dignitaries.

Work began to construct the Niavaran Palace in 1958. After being stopped for some time, the construction was resumed, and finally the structure was completed in 1976. Indeed, a smaller palace used to lie on the site of the Niavaran Palace during the ruled of King Fat’hali inQajar era. It was demolished during the former king of Iran, Mohammad-Reza Pahlavi, before the Niavaran Palace was erected on its site. A palace belonging to Ahmad Shah (King Ahmad) still stands there.

A whole variety of items are on display at the Niavaran Palace’s museum; namely a collection of invaluable paintings by Iranian and foreign painters, porcelain objects, decorative items, precious clothes, and exquisite Persian carpets, among other things.

Among the most invaluable museum’s carpets on show is one called the Carpet of Celebrities. It depicts dozens of Iranian kings beside renowned international figures plus ancient Persian manuscripts.

The Iranian law urged the authorities to move most of the jewellery in royal palaces to the Central Bank of Iran in 1937. The collection was later put on public display as of 1943. After that, the jewellery was moved to another location in the capital on Ferdowsi Street in downtown Tehran in 1960, which is turned into a museum. 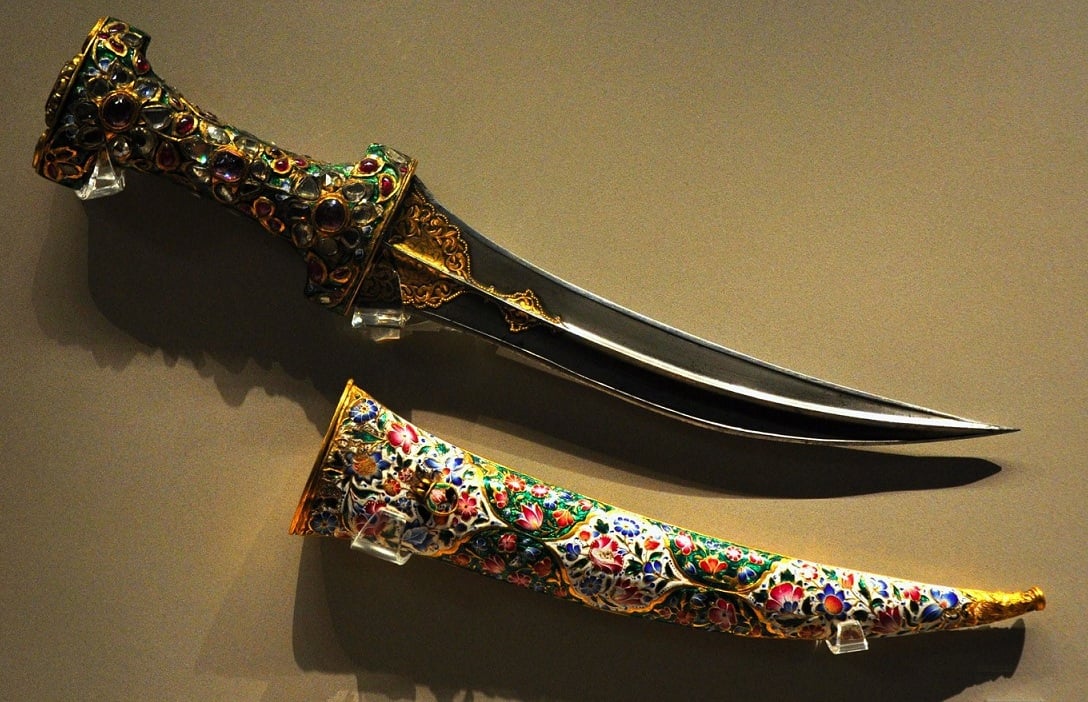 This museum is one of four divisions of the Iranian Geology Organization. The museum opened in 1966 thanks to efforts by several geology researchers. It includes four sections: ancient tools and mining equipment, rocks, minerals and fossils. The museum is located at Tehran Mehrabad International Airport. 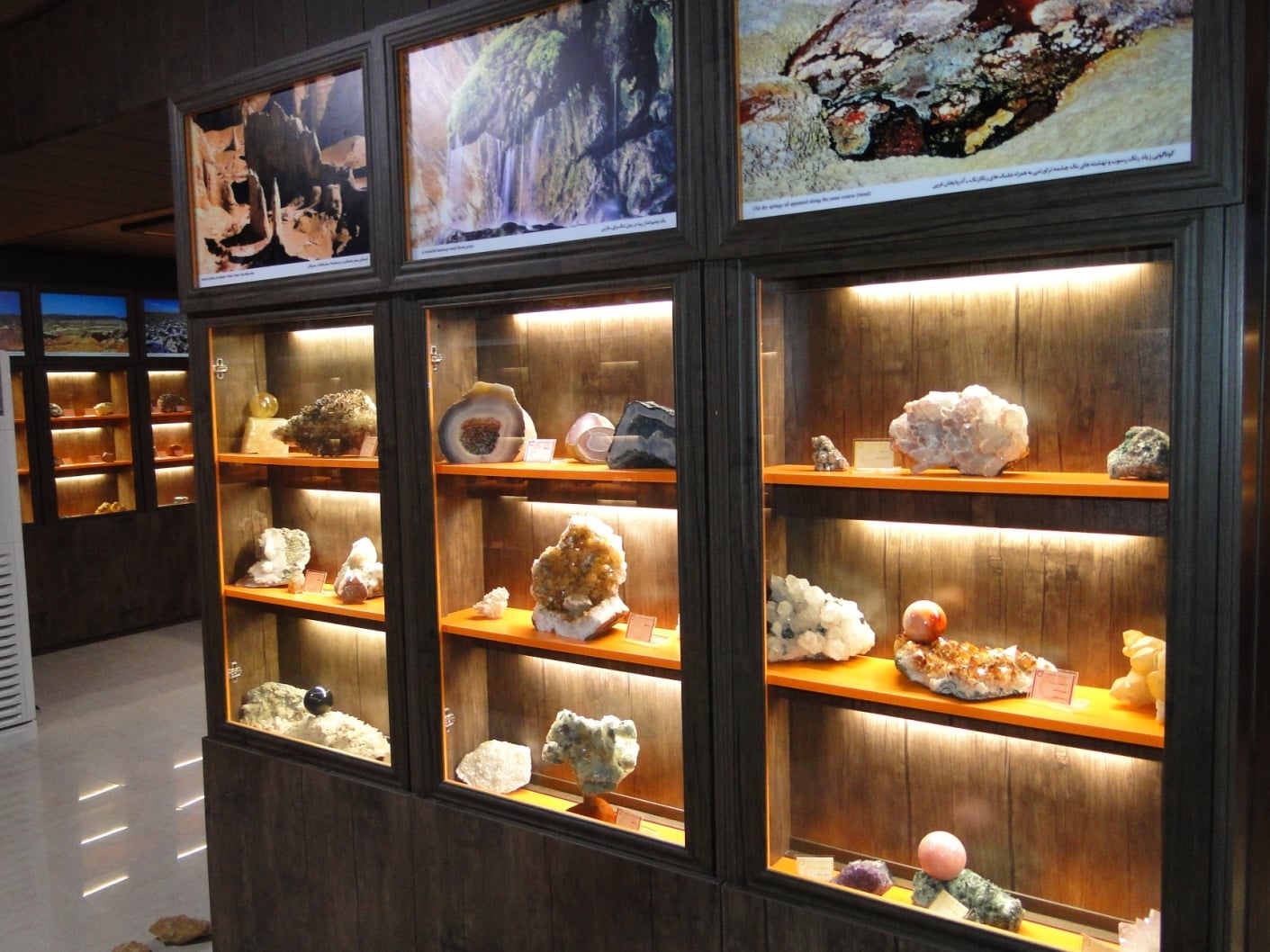 It opened in 1986 and was named after renowned painter of the Safavid era, Reza Abbasi. The museum has four permanent exhibition halls showcasing different items, including items belonging the pre-Islamic era, paintings and calligraphy works. Other than a library on the third floor, there is a temporary exhibit on the ground floor. The works of art belonging to the contemporary era are put on show in the latter. 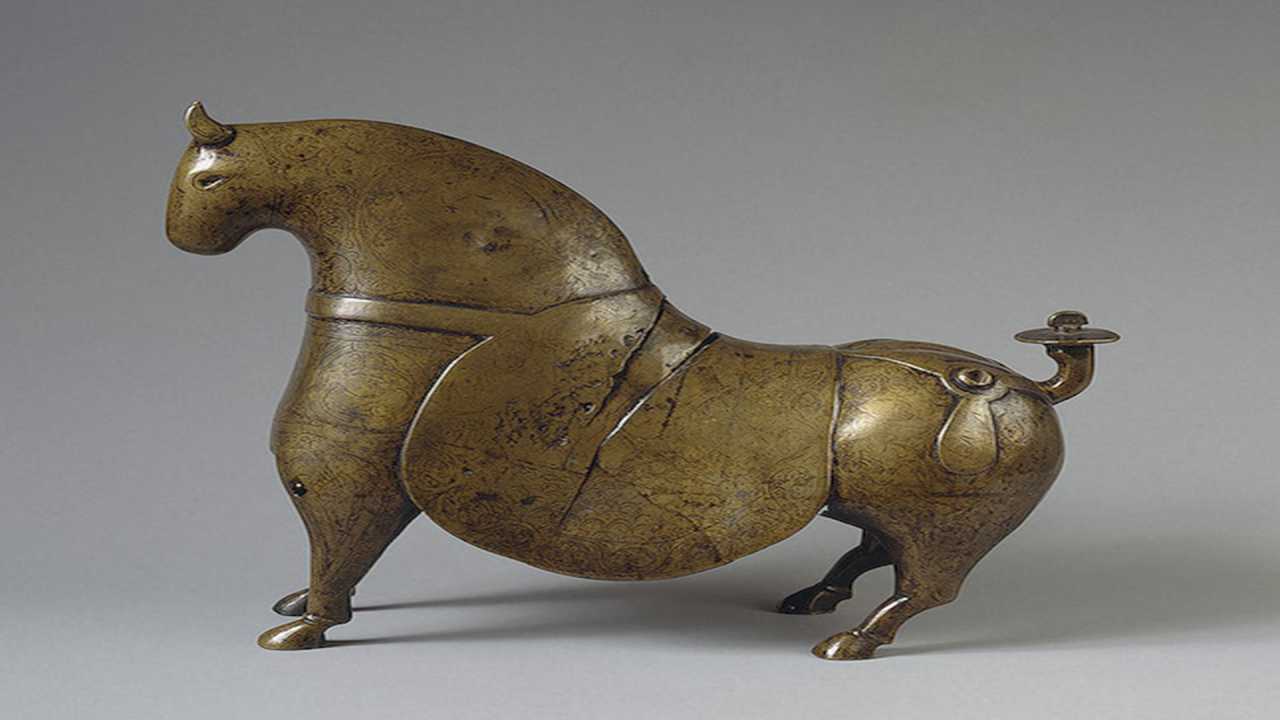