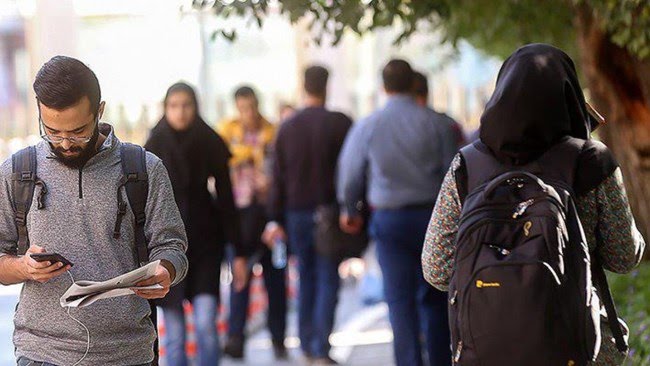 Almost three weeks into the unrest over the death of a young Iranian woman in police custody, a university professor has urged Iranian officials to talk to the younger generation as the youth are not sure about their future and need reassurances.

“The Iranian society no longer has the cultural homogeneity it used to have in the past,” said Yousef Noorbakhsh, an associate professor at the Social Sciences Faculty of the University of Tehran.

“The dominant culture often faces challenges,” he added in his article published by Tehran-based Ettela’at Newspaper.

“They have grown up with social media networks and the virtual space. Because of living in the virtual space, they are suffering from a kind of social isolation and find themselves on the margins of the society and try to adapt themselves to their own desired real world or to have the real world create some room for them,” he explained.

“The Iranian society is facing an anomie, a condition more prevalent among the youth and girls. Although most of them wouldn’t like to rebel against the current situation, value-linked and social crises have pushed some of them to the brink of rebellion,” the academic noted.

“Part of the youth and women do not accept traditional roles and need them to be redefined,” he added.

He added authorities should talk to the youth rather than looking at things from a “social pathology” perspective.

Officials say most of the people attending recent street protests in Iran were youth.