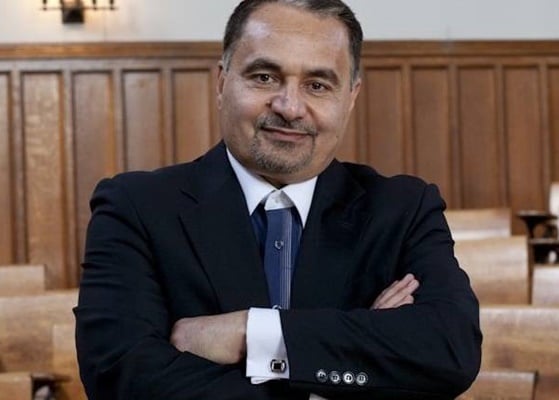 Hossein Mousavian, a former Iranian nuclear negotiator and a professor of Princeton University, has analysed the consequences of Trump's disastrous withdrawal from Iran nuclear deal.

US President Donald Trump announced on Tuesday that Washington would pull out of Iran nuclear deal and reinstate nuclear sanctions on Iran. This is while most world powers including Russia, China, and European Union have repeatedly stressed that keeping the deal is in the interest of world peace and security.

On Tuesday, US President Donald Trump withdrew the United States from the Joint Comprehensive Plan of Action (JCPOA), colloquially known as the Iran nuclear deal, which had provided Iran with sanctions relief in exchange for stringent monitoring and limits on the country’s nuclear program. Calling the JCPOA a “horrible, one-sided deal that should have never, ever been made,” Trump announced that the United States would soon begin “reinstating US nuclear sanctions on the Iranian regime.”

In response to Trump’s withdrawal, Iranian President Hassan Rouhani announced that Iran would remain committed to the terms of the JCPOA while it negotiates with the other parties to the deal—China, France, Germany, Russia, the United Kingdom, and the European Union. If a satisfactory solution cannot be found that safeguards the economic benefits Iran is entitled to under the deal, Rouhani said, Iran would “start enriching uranium more than before.” Iranian Supreme Leader Ayatollah Ali Khamenei, however, has expressed doubt that the Europeans will deliver, stating that “without receiving a strong guarantee from these three European countries, we won’t stick to the nuclear agreement.”

Trump’s decision undoes the signature foreign policy achievement of his predecessor, Barack Obama, and represents an affront to the United States’ European allies, which had strongly lobbied the Trump administration to remain in the deal. But the more enduring impact will be in Tehran, where Trump’s nixing of the JCPOA—and Europe’s response—will push Iran’s leaders to move decisively into the camp of the United States’ geopolitical rivals. It will also shift the policy debate among Iran’s elites, who have for several years argued over the merits of dialogue with the United States. Now, that debate is settled. Iran has learned that negotiating with Washington is a dead end. Instead, it will seek to strengthen its ties with non-Western powers, including China and Russia.

Trump’s decision to withdraw from the JCPOA is rooted in a long-standing US opposition to Iran’s post-revolutionary political system, which past and present US leaders have viewed as an irreconcilable challenge to the creation and consolidation of a US-dominated regional security order. They have seen Iran as a revisionist power implacably opposed to US allies in the region, including the conservative monarchies of the Persian Gulf and the Middle East’s many military autocracies. Since the Islamic Revolution in 1979, the United States’ overarching strategy has therefore been to exert maximum pressure to marginalize Iran within the region.

The US strategy of pursuing unrelenting confrontation with Iran, however, is based on a misreading of Iranian strategic thinking. Iran’s regional posture is not offensive but aimed at deterring a US or Israeli attack and ensuring the stability of its neighbours, lest chaos spread across its borders. It has supported the central states in Afghanistan, Iraq, and Syria to this end.

Since the 1979 Islamic Revolution, all sides in Iran’s foreign policy debates have been united by a desire to balance the country’s foreign relations and keep its options open regarding international partnerships. Iran’s revolutionary father, Ayatollah Ruhollah Khomeini, emphasised that remaining “neither East nor West” should be a fundamental tenet of the Islamic Republic’s foreign policy—that is, avoiding subservience to foreign powers, whether Western ones such as the United States or Eastern ones such as China or the former Soviet Union—a belief rooted in the fact that Iran had succumbed to near complete foreign domination from the nineteenth century on.

This desire to hedge has led to many attempts by Iranian leaders to repair relations. After the end of the Iran-Iraq War in 1988, Iranian President Ali Akbar Hashemi Rafsanjani, guided by his desire to develop international economic and political partnerships, reached out to the West, especially Europe, facilitating the release of American and other Western hostages in Lebanon and offered a $1 billion contract to the US oil firm Conoco. Yet he was rebuffed by US President George H. W. Bush. The reformist Iranian President Mohammad Khatami had a similar experience in his dealings with Presidents Bill Clinton and George W. Bush, the latter of whom designated Iran as part of the “axis of evil” after Khatami had offered to assist the US effort in Afghanistan.

Even the bellicose Iranian President Mahmoud Ahmadinejad offered to stop enriching uranium at the 20 percent level if Iran was provided the nuclear fuel it needed freed American hikers accused on espionage and welcomed a Russian proposal that was remarkably similar to the JCPOA. Washington responded by further tightening sanctions.

For Tehran, the JCPOA at its core was another test of whether the United States would be open to an improved relationship that would allow Iran to hedge its bets. Trump’s abrogation of the nuclear deal, however, sends a firm message to Iranian decision-makers: diplomatic engagement is pointless. It has validated those in Iran who have long argued against negotiating with the United States on the grounds that Washington is fundamentally opposed to the Islamic Republic’s pursuit of an independent political, security, and economic policy and is bent on regime change in Tehran regardless of how much goodwill the Iranians show.

Indeed, Trump’s hostility toward the JCPOA, and Iran in general, had already prompted Khamenei to declare earlier this year that the “top priorities” for Iran’s foreign policy “include preferring East to West.” Iran has moved to sign unprecedented trade and cooperation agreements with Russia and China. Now, it is likely to give up on improving relations with the United States and potentially Europe as well—especially if the European countries fail to compensate them for the impacts of the US withdrawal, preserve the deal, and ensure that Iran continues to enjoy substantial relief from sanctions.

Iran’s current cooperation with Russia in Syria may become a new model for how it deals with other regional crises. As Russia’s ties with the United States have frayed in recent years, Moscow has moved to establish itself as a major player in the Middle East, a first since Soviet times. Russia’s success in shoring up its only regional ally, Syria, was possible only through Iranian assistance and Russian-Iranian cooperation in Syria grew to include Iran’s ally Iraq in an intelligence coalition in the war against the Islamic State (ISIS). Russia has also been wary of the Trump administration’s hostility toward Iran and, in February, used its UN Security Council veto against a US-spearheaded resolution targeting alleged Iranian arms shipments to Yemen. With Trump’s withdrawal from the JCPOA, Iran might seek to increase military and technological cooperation with Russia, not only in Syria but in other areas in which they have overlapping interests, such as Afghanistan. Tehran may also choose to increase refuelling rights for Russian military aircraft in Iran or dedicate more troops and materiel to advancing joint Russian-Iranian aims in Syria.

Washington’s new policy is also immensely counterproductive for regional and international stability, eliminating the chance for US-Iranian cooperation on the many crises in the Middle East. Over the past decades, US actions, including its invasions of Afghanistan and Iraq and its role in toppling Muammar al-Qaddafi in Libya and supporting the Saudi-led war on Yemen, have all been major contributors to regional instability. The JCPOA had raised hopes that Iran and the West could cooperate to resolve regional conflicts, especially in Syria and Yemen.

Notably, several months after the deal was struck, in November 2015, Iran, with the support of the United States, was invited to the UN’s Syrian peace talks for the first time. This led to the conflict’s first agreement on a cessation of hostilities, which has largely held and expanded to different parts of Syria. Iranian buy-in is crucial to any political solution to the Syrian conflict, given Tehran’s influence on the ground. Iran has also played an integral role in the fight against ISIS and other terrorist organizations that threaten regional stability. Trump’s withdrawal from the JCPOA and hostility toward Iran’s regional presence will both empower terrorist groups in the vein of ISIS—which will have the focus on them removed—and make an enduring political resolution to the Syrian war an even more distant prospect.

Trump’s Iran policy is thus strategically self-defeating. It promises to increase US involvement in the Middle East’s many entangled conflicts, given Iran’s decisive influence in strategic regional theaters—including Afghanistan, Iraq, Syria, and Yemen. Iran is an indispensable player that must be engaged to resolve regional crises, while seeking to ostracize and isolate Tehran will only exacerbate regional instability. Iranian allies, which represent key constituencies with legitimate grievances, will also not accept marginalization—whether that be Lebanon’s Shiite plurality; Iraq’s Shiite majority; anti-Taliban (especially Hazara, Tajik, and Uzbek) Afghans; occupied Palestinians; Iraqi Kurds; Zaydis in Yemen; and, increasingly, Christian and other minority groups in Iraq and Syria. Trump has rebuffed the potential for regional cooperation and raised the real possibility of a devastating conflict with Iran. Trump is also pushing Iran closer to Russia and China, even as his decision is increasing tensions between them and the United States. Whatever the motivation behind Trump’s decision to withdraw is, a sound geopolitical strategy is not one of them.