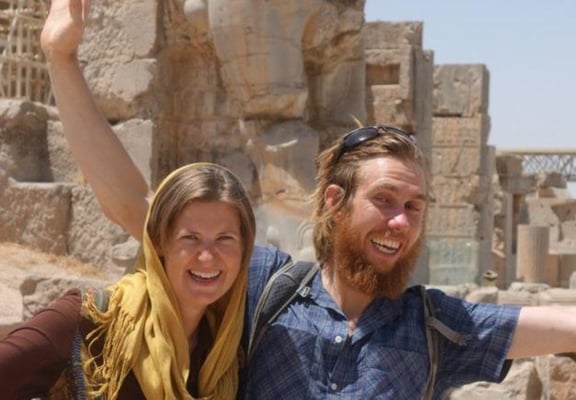 An official with Spain’s Tourism Ministry says the number of Spanish tourists visiting Iran has hit 10,000 each year, adding the Spaniards rank third after the Germans and French in visiting the Islamic Republic.

Jorje, a Spanish tourism official, says over the past two to three years, Iran and Spain have had good relations in tourism and the ties are expected to get closer in future.

In an interview with the Iran Newspaper, Jorje also warned about the negative impacts of the US decision to withdraw from the Iran nuclear deal on Iran-Spain tourism relations.

Over the past three years, 30,000 Iranian and Spanish tourists made mutual visits, he noted, stressing that 20,000 were Iranians and 10,000 were Spanish.

Iran and Spain have signed at least 20 memorandums of understanding in tourism since Iranian President Rouhani took office about six years ago.

“All states are waiting to see what will happen to the Iran nuclear deal following the US withdrawal,” he noted.

Iran and the three European signatories to the JCPOA are involved in intense talks over the future of the Iran nuclear deal after the US pullout.

Earlier, Iranian airliner Mahan Air said it is intending to establish another direct line between Iran and Spain.

Jorje says given the current political pressure on Iran, he is not sure whether or not the airliner can launch a new line and added, “If Iranian airliners are banned by the international law, Spain has to sign agreements with other alternative airliners for transporting tourists between Iran and Spain.”

“We have to wait for at least next few months to see what the fate of the JCPOA will be,” he noted.

He underlined that the two sides are still seriously involved in expanding their mutual ties in tourism.

Jorje slammed the US media’s negative propaganda about Iran for a lack of understanding of the country among most Spaniards.

According to Jorje, Spain has about 80 million tourists, which is equal to Iran’s whole population. Spain is the largest EU country hosting Muslim population after Britain, France and Germany.

He said Iran is a relatively cheap country for the Spaniards and can easily attract further Spanish tourists through appropriate advertisement.

Today, the number of Iranians visiting Spain per week is too low and the Iranian travel agencies transporting tourists to Spain maintain that this is due to the fact that Spain hardly issues visa to the Iranian tourists.