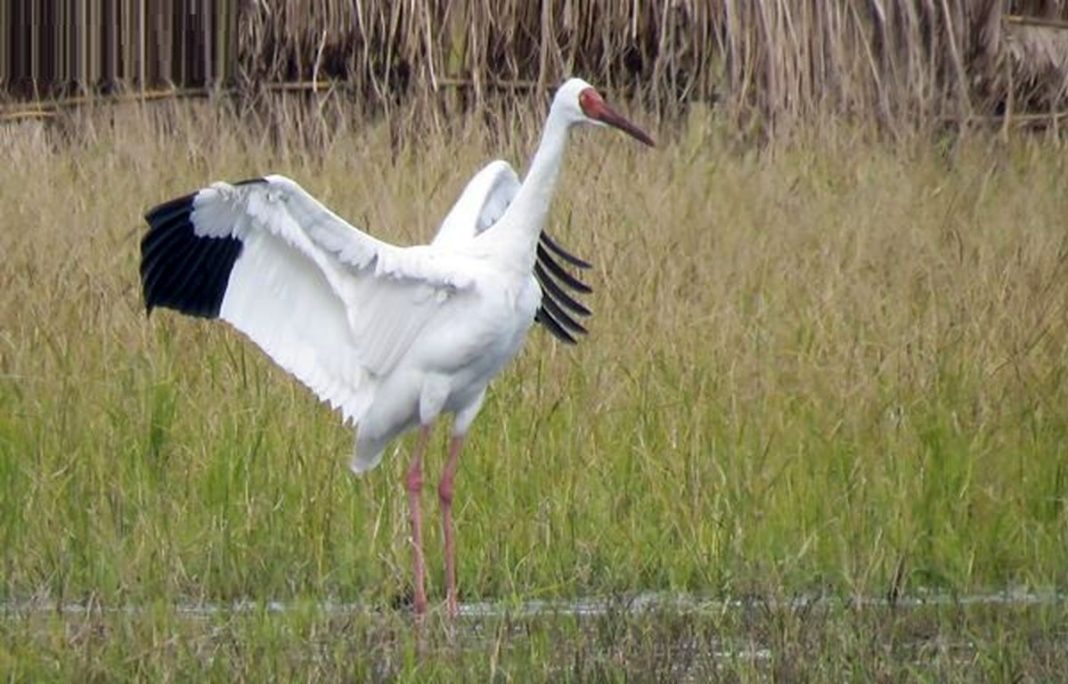 The single surviving West Siberian crane, Omid (Hope), flies thousands of kilometers back to Iran for the 15th consecutive year to spend the winter in Fereydoonkenar in the Iranian northern province of Mazandaran.

Omid, the only survivor of its population, arrived at its winter habitat after a 6,000-km journey. The bird usually spends four months in the Fereydoonkenar wetland by the Caspian Sea.

Ever since illegal hunters in the north of Iran shot down his mate, Arezou (Wish), back in 2007, Omid has been migrating to Iran on his own.

The Siberian crane, also known as the Siberian white crane or the snow crane, is a bird of the family Gruidae. They are distinctive among the cranes for the snowy white color of the adults, and have two breeding populations in the Arctic tundra of western and eastern Russia.