A sentence that should not be carried out

Top Shiite clerics in Iran speak up against the death sentence handed down by a Saudi court against Saudi cleric, Nimr al-Nimr.

The death sentence a Saudi court has issued for Sheikh Nimr al-Nimr, a top Shiite cleric, has provoked a huge public uproar in the Muslim world. It has also drawn a backlash from outstanding Shiite clerics and sources of emulation, who have, with one voice, denounced the sentence, warning of the consequences of such an inhumane decision.

The outburst of anger and condemnation also swept across Iran, especially at Qom Seminary School where different statements were put out to question the wisdom of the Saudi court ruling.

The death sentence and the reactions it has triggered off were extensively covered by media outlets in Iran and across the world. The following is part of what Fars News Agency reported on October 17, three days after the court ruling: 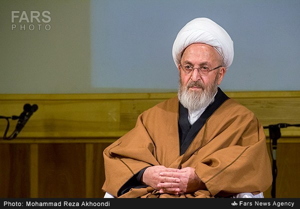 Ayatollah Jafar Sobhani said in a statement that Sheikh al-Nimr did nothing wrong, adding he has always spoken up for the trampled rights of Shiites and called on the ruling government to disapprove of and reject discrimination.

He further said that the decision to execute Ayatollah al-Nimr would not put an end to protests raging in the country, adding that the blood of the Shiite cleric would give birth to would-be protesters who would firmly shake the foundations of the Saudi monarchy.

Ayatollah Seyyed Mohammad-Ali Alavi Gorgani said in a message that although Shiites proudly welcome martyrdom in their fight against injustice and oppression, it is regrettable to see that the Saudi [Royal] Family resorts to merciless acts instead of treating its citizens justly.

These acts will only undermine the Saudi position in the region and among its own people, he said, adding that such verdicts will do nothing to soothe the protests of the Saudi people, stressed the ayatollah.

In a separate message, Grand Ayatollah Hossein Nuri-Hamadani said that such harsh measures would hurt the feelings of Shiites all over the world, underscoring that the Saudi officials should respond to public demands.

The ayatollah also urged human rights organizations not to keep silent over the heavy-handed sentence and help people reclaim their lost rights, saying that the clerical body would not tolerate the death penalty which was handed down to the Saudi cleric.

Ayatollah Naser Makarem Shirzai, for his part, condemned the death sentence as unjust and said that Saudi Shiites are under intense pressure and are denied freedom to practice their own faith.

He said that Riyadh would pay a heavy price for its decision regarding the prominent Shiite cleric, warning that it would arouse the resentment of all Shiites and freedom-seeking Sunnis against the kingdom.

The grand ayatollah then took a swipe at double-standards practiced by the US and those who hide behind human rights, and disputed the silence of the US Congress in reaction to the breach of Shiite rights in Saudi Arabia.

He said this proves their talks about democracy and human rights are sheer lies, underlining this decision would come with unanticipated consequences for Saudi Arabia.

Also, Ayatollah Lotfollah Safi Golpaygani said in a meeting with Mohammad Nahavandian, President Rouhani’s chief of staff, that the Foreign Ministry should take immediate measures and let the officials in Riyadh know that Muslims deeply regret the ruling by the Saudi court against Ayatollah al-Nimr.

A statement released by the Society of Seminary Teachers of Qom read in part that the news of Sheikh al-Nimr death sentence has enraged Muslims all over the world, saying that the ruling tends to counter the Islamic Awakening at a time when key regional developments have tipped the balance in favor of the world of Islam.

Victories by Muslims in Yemen, failure by the US and its allies in Syria, Lebanon and Iraq, and the imminent downfall of Takfiri groups such as ISIL militants have caused Washington to pile more pressure on Riyadh unaware of the fact that the Shiites in the world will stand up to colonial powers and their regional lackeys, the statement said, calling for the release of al-Nimr.

In his Friday prayer sermons in Qom, Ayatollah Seyyed Hashem Hosseini Bushehri urged international circles and human rights advocates to get a first-hand account of what’s going on in Saudi Arabia, saying the verdict meted out by the Saudi court fully contradicts human rights, the rights of minorities and the political freedom of people.

Ayatollah Abbas Kaabi said that the death sentence which has drawn condemnation from the world’s freedom seekers showed how the US-style Islam is different from the true Islam.

The ayatollah further said that if the Saudi government overturns the ruling and releases the cleric, it would bring stability for the Al-Saud Family and the entire region. If so, he pointed out, it will help open dialog and deescalate the situation.

In support of the Saudi cleric and in condemnation of the controversial verdict, the Basij Student Organization organized a rally on Sunday October 19.