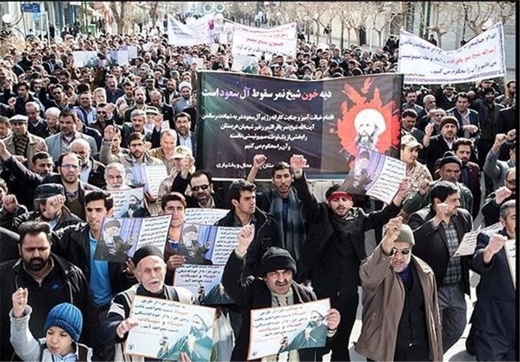 People all over the country poured into the streets after the Friday prayers for demonstrations against the Al Saud regime’s execution of the popular cleric.

Protesters in Tehran burnt the US and Israeli flags and chanted “Death to Al Saud” slogans.

The execution has ignited widespread international condemnation, from both political and religious figures.

In the early hours of January 3, furious demonstrators in the Iranian cities of Tehran and Mashhad stormed Saudi Arabia’s diplomatic buildings in protest at the Al Saud’s move

Sheikh Nimr had been detained in July 2012 after delivering anti-regime speeches and defending political prisoners.