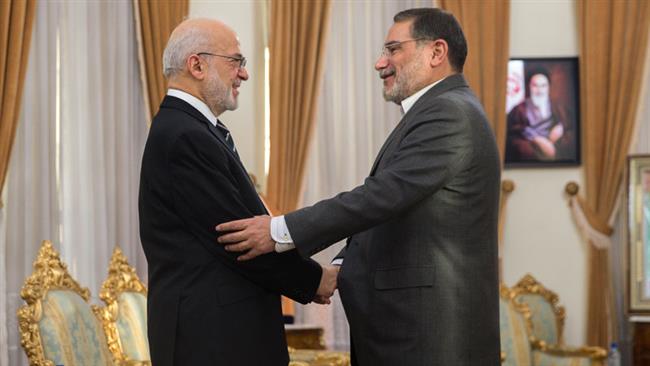 A senior Iranian security official on Wednesday deplored the execution of a prominent Shiite cleric by Saudi Arabia, and said that the move demonstrated Riyadh’s sectarianism.

Speaking at a meeting with the visiting Iraqi Foreign Minister, Ibrahim al-Jaafari, in Tehran, Secretary of Iran’s Supreme National Security Council (SNSC) Ali Shamkhani described as “regrettable and unacceptable” the execution of Sheikh Nimr Baqir al-Nimr by the Saudi regime.

He reiterated that the killing arises from sectarian policy of Riyadh.

He further criticized as unacceptable Saudi Arabia’s exploitation of its capacities to harm Muslims’ interests in the Middle East region.

Shamkhani also expressed regret that certain countries are hiring foreign mercenaries to kill civilians in Yemen and exacerbate insecurity across the region.

Reports say that over 7,500 people have been killed and over 14,000 others injured since the strikes began.

Saudi Arabia announced the execution of Sheikh Nimr and 46 others on Saturday despite international calls for the release of the opposition cleric and other jailed political activists in the kingdom.

Also at the meeting the Iraqi foreign minister denounced the killing of Sheikh Nimr, but at the same time underlined “the need for unity among Muslims” to counter enemy plots.