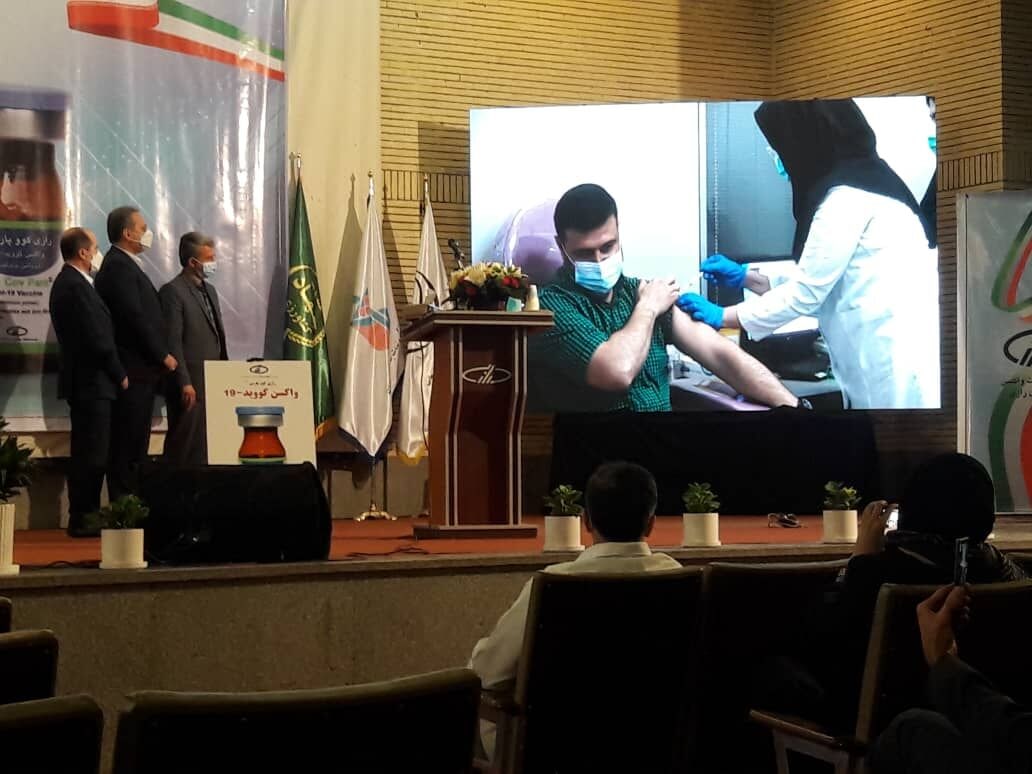 The vaccine, produced by Iranian experts at the Razi Institute, is the first injectable-inhaled mRNA recombinant vaccine for coronavirus.

Razi COV-Pars was administered to two volunteers at a ceremony in Tehran on Sunday attended by Agriculture Minister Kazem Khavazi and a number of other officials at Tehran’s Rasoul Akram Hospital.

A total of 133 people will get two shots 21 days apart in the first clinical trial of the vaccine. On Day 51, the booster (inhaler) is administered in the form of an intranasal spray, according to the Razi Institute.

The vaccine, which was unveiled by Razi Institute a few weeks ago, has been developed based on the instructions of the World Health Organization (WHO), and is administered in three doses.

Razi COV-Pars was first tested on 500 animals, including pigs, hamsters and monkeys, according to Iran’s agriculture minister.

Iran’s health minister has also described Razi COV-Pars as one of the safest vaccines with very few side effects, saying it will stop the recipient from transmitting the virus to others.

“This vaccine stimulates the immune system with the least side effects and makes the person safe.”
Iranian scientists had earlier unveiled another domestic vaccine, named COVIran Barekat, which is undergoing clinical trials.