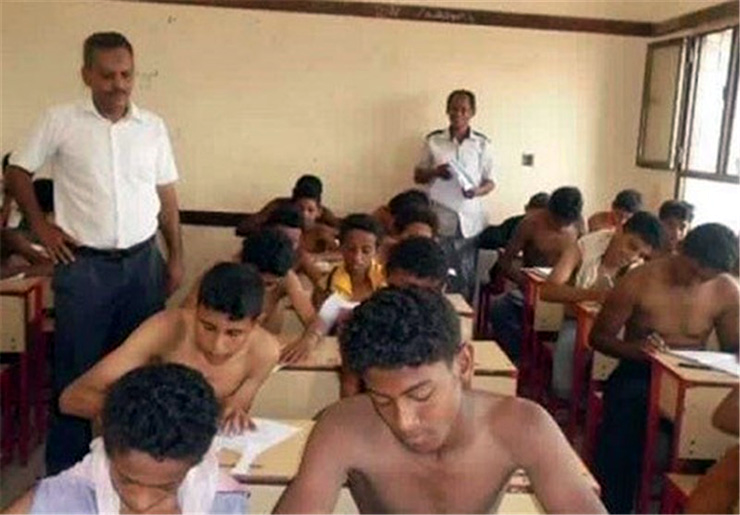 The Saudi-led coalition’s airstrikes on the Yemeni port city of Hudaydah have led to a power failure in the hot city, leading to temperatures over 40 degrees Celsius.

According to a report by Tasnim, as translated by IFP, photos published in the social media show that Yemeni schoolboys have taken their final examinations without wearing clothes because of the extremely high temperature.

For over a year, Saudi Arabia has been launching airstrikes against the people of Yemen, but the resistance shown by Yemenis, particularly the Houthi Ansarullah movement, has made the coalition forces to mass-punish the poor Arab country’s people by attacking the infrastructures, including the power plants. 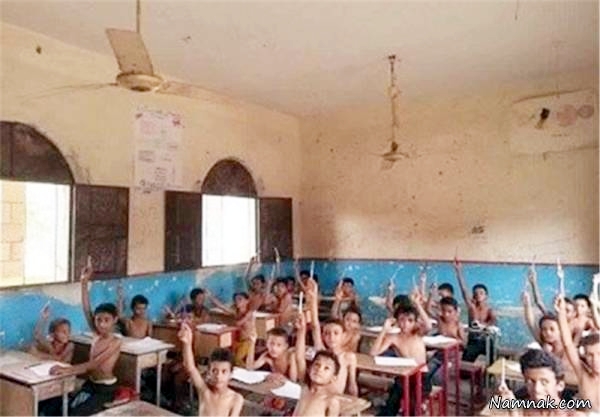