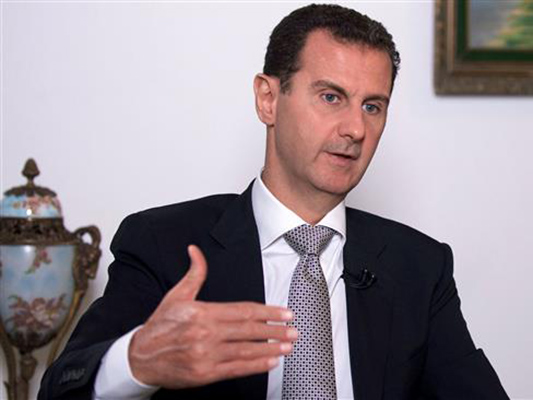 Syrian President Bashar al-Assad says Saudi Arabia was prepared to back Syria if it broke all relations with Iran.

“If we were to move away from Iran and announce that we were refusing all relations with Iran, they said they would help me,” Assad said in an exclusive interview with Russian-language tabloid newspaper Komsomolskaya Pravda released on Friday.

He went on to say the offer was made after the war in Syria began, as reported by Al Masdar and covered by Fars.

In the same interview he stated, “Terrorists must be either killed or returned to Turkey.”

He then emphasized how important the liberation of Aleppo is.

“It’s going to be the springboard, as a big city, to move to other areas, to liberate other areas from the terrorists. This is the importance of Aleppo now,” Assad said.

“You have to keep cleaning this area and to push the terrorists to Turkey to go back to where they come from, or to kill them. There’s no other option. But Aleppo is going to be a very important springboard to do this move,” he commented.