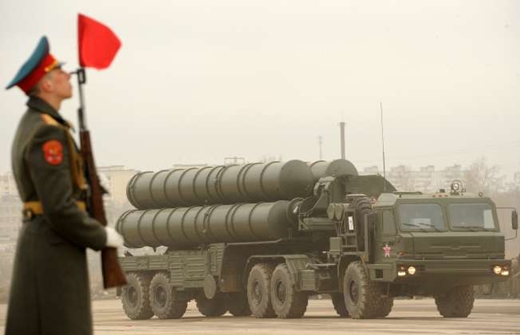 Alef, a news website, has quoted an Iranian reader as saying that Putin’s decision to revive a previously cancelled S-300 system contract with Tehran does not serve Iran’s interests [in the nuclear talks].

It is again the question of S-300 system and the viewpoints for and against its supply to Iran. This time people – not officials – have shown reaction. Alef, a news website, has created a new section for its visitors – Interaction with the Readers – asking them to comment on the unfolding developments in the country and across the world.

The following is the translation of remarks by Saeed Ghasemizadeh Tamar, one of the readers, on Moscow’s decision to sell S-300 air defense system to Iran:

Russian President Vladimir Putin has [in a decree] ordered the lifting of a ban on selling S-300 air defense system to Iran. In reaction, the Iranian ambassador to Moscow described the presidential decree as praiseworthy.

Iran is expected to swiftly pursue the $800 million contract based on which it will buy the air defense system from Russia, since reports on a new Russian decision [to supply the S-300 system to Iran] provide no detail about the timing of such a transfer.

If the transfer happens before the final meetings in the nuclear talks between Iran and the US, it could be welcome as good news.

But if Russia under Putin has simply promised to transfer the system and enforce the 800-million-dollar contract [with Iran], Iran is not the target audience of such reports.

It is in fact a message to Israel and its supporters saying, “If an agreement between Iran and the West is finalized, you will find Iran equipped with more arms than before. If you reach a deal, Russia sees no reason to stop selling arms. So be careful that the price you are to pay for agreement with Iran will be more intolerable to you!”

If the nuclear talks with P5+1 are regarded as talks between Iran and the US, Iran – which has a vested interest in the talks – should immediately ask Moscow to openly and frankly explain its intention of sending the air defense system to Iran by signing a contract which revives its former version. If done, this will prevent Russia from playing the Iran card to score points in its interaction with the West.

Bear in mind that this time around, the edge Russia is seeking to gain in its dealings with the West – unlike the past – exactly targets Iran’s interests by trying to overshadow the decision of the other party to the talks [P5+1] on Iran’s nuclear case.

It is simple-mindedness if we say that the purchase [of S-300 air defense system] is independent of the nuclear talks and that Russia can implement the contract [it has signed with Iran] at will.

Russia has to implement the contract, especially for the time being that the purchase of the system is not legally banned. Light needs to be shed on the procedures of the contract as soon as possible.

In case of negligence on our part, Russia will threaten the breakthrough in the nuclear talks only to serve its own benefits, and not those of Iran.

As far as Russia is concerned, can Iran play another game with S-300 air defense system? It may sound ridiculous (because talks only focus on the nuclear issue and the threats remain the same) but to clarify the matter in question we put forward a proposal: What if Iran gives assurances to the Americans that it will drop a decision to buy the Russian air defense system if a nuclear deal is clinched [by July 1 deadline]?