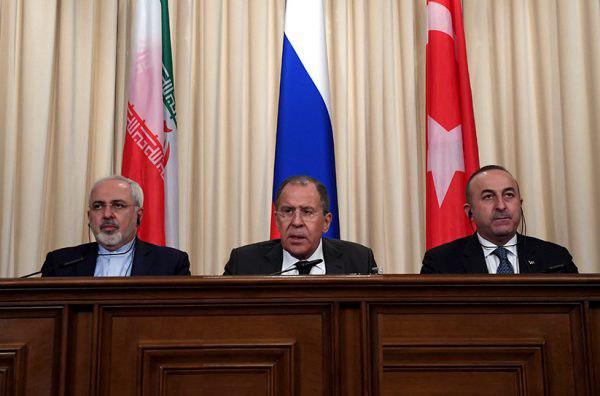 The Russian and Turkish foreign ministries have separately condemned attempts by certain foreign countries to interfere in Iran’s internal affairs amid the recent developments in the Islamic Republic.

Russian Foreign Ministry said in a statement on Monday that “external interference destabilizing the situation (in Iran) is inadmissible.”

Moscow expressed the hope that the protests would not develop into severe violence.

The Turkish Foreign Ministry also condemned attempts by foreign countries to interfere in Iran’s internal affairs, saying that “Turkey attributes great importance to the preservation of peace and stability in Iran.”

In a Monday statement, the ministry expressed the hope that peace will be restored to the Islamic Republic as soon as possible.

The statement further said, “In this context, we believe the statement of President (Hassan) Rouhani (of Iran) that people have a right to peaceful protest but the law should not be violated and that public property should not be harmed should be taken into account….”

Some cities in Iran have been scenes of demonstrations in the past days, which started with economic demands, but later turned into violent riots. Sporadic violence has erupted during the protests, causing a number of deaths.

Addressing a Cabinet session on Sunday, President Rouhani said the Iranian people were completely free to express their criticism of the government or stage protests according to the Constitution and citizenship rights, and in a way that would lead to the improvement of the country’s conditions.