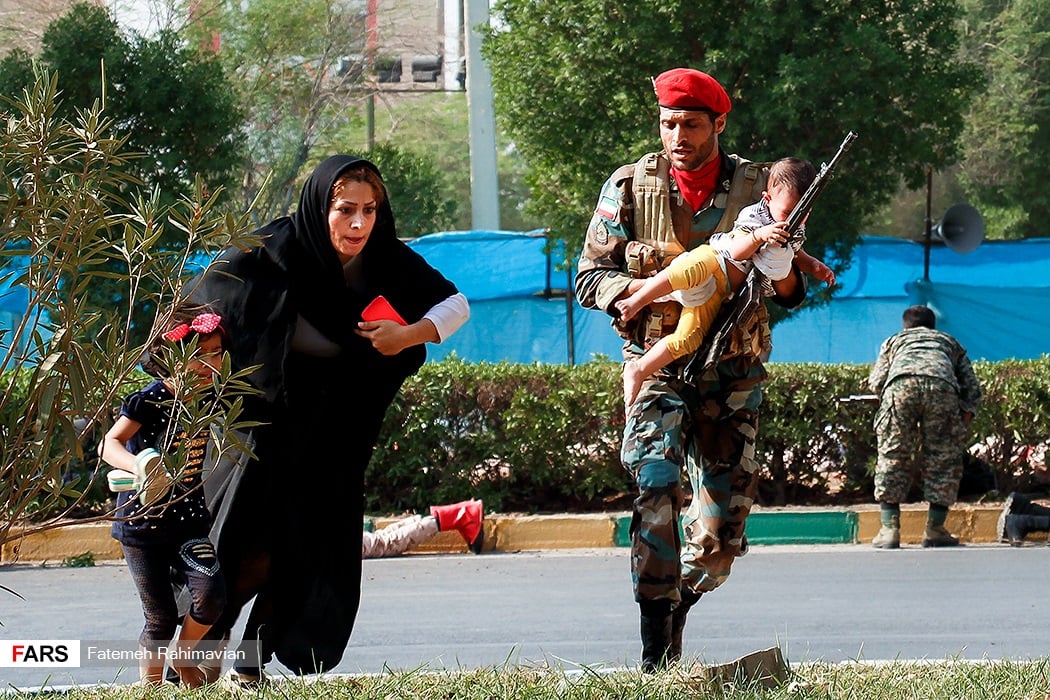 Iranian President Hassan Rouhani has ordered the country’s security forces to use all their power to identify and punish those behind the deadly attack on a military parade in Ahvaz, southwest of Iran, which killed and wounded dozens of people on Saturday.

Rouhani made the order in a phone conversation with Intelligence Minister Mahmoud Alavi. He told the intelligence minister to mobilize all the facilities available to immediately find the leaders who plotted the attack, and give them a decisive lesson.

“The Islamic Republic of Iran’s response to the smallest threats would be crushing, but those who provide these terrorists with intelligence and media support must be accountable,” he added.

The order came after the Iranian foreign minister, Mohammad Javad Zarif, in a post in his Twitter account said the terrorists had been “recruited, trained, armed & paid by a foreign regime.”

Reports say 25 people have been killed and over 60 wounded.

Terrorists, wearing the uniforms of Iranian Armed Forces, opened fire on the parade’s podium, but failed to get closer to the parade. Two of them were later killed, one wounded and arrested, and another arrested alive.