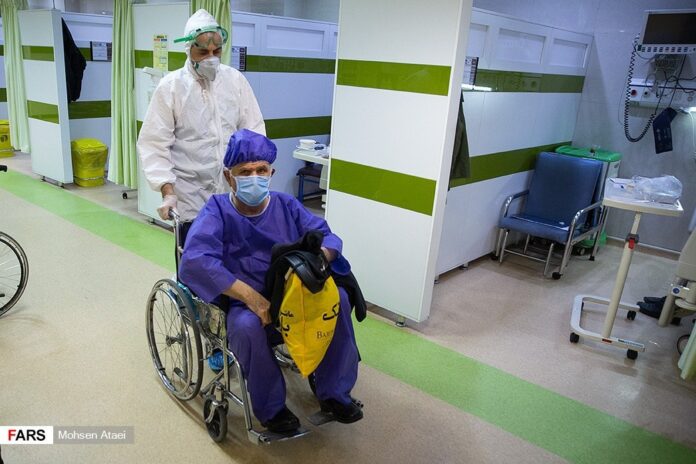 As Iran is severely hit by the outbreak of a novel coronavirus, many nurses and doctors have volunteered to work in the special centres for treatment of COVID-19 patients. Among them is a retired nurse who has returned to help tackle the nationwide crisis.

Zeinol-Abedin Fat’hi is a nurse who tore up his retirement letter and volunteered to fight the deadly virus.

In an interview with Fars News Agency, he said “I got retired on February 17, after 25 years of nursing and looking after patients. I was waiting to reach this day. I wrote my retirement request and came to the hospital. Before going through the administrative procedure, I wanted to say goodbye to my colleagues. They didn’t let me in. They told me to get dressed and come in. I asked what’s going on here? I had been away for just a few days! The guys said the COVID-19 patients are at the hospital and they are quarantined.”

“Everything had changed. The nurses were wearing special clothing and masks, scarves and glasses to make their faces indistinguishable. I was shocked. The conditions were not normal. My colleagues were worried. Without thinking about my retirement, I tore apart my request and told the department to count on me. They said you do not have to do that. I said I’m in. Now that I’m talking to you, I haven’t gone home since February 21.”

Q: What happens to the retirement?

A: “Corona spread is a crisis. At this time, retirement and enjoying myself at home was Haram for me. This is the same as jihad. Here is a warfront. I once missed the opportunity to be on the Iranian war front. I did not want to repeat the same mistake. I was born in 1973. When I was in high school, I convinced my family to go to the warfront [against Iraq]. We were ready to go when it was announced the Iran-Iraq war ended. I could not serve my country as a soldier. Of course, during these years I was taking care of war veterans to make up for it. I have taken care of veterans who have lost two hands and the chemically-injured veterans.”

Q: Have you missed your kids? You’ve been here

for over two weeks! Don’t you regret your decision?
A: “We quarantined ourselves so that our families be safe from the disease. If I say, I haven’t missed them, it is a lie. I have three kids. I haven’t seen them for 12 days! But it is better not to go home in these conditions. I’ll answer the rest of your questions at 10 pm.”

“The doctor is coming now to visit the patients,” Fat’hi tells the Fars reporter. It is not good for you to stay here anymore.”

He gives his number to the reporter and tells him to call at 10 pm.

“We are currently in quarantine,” Fat’hi says on phone. “In fact, the dorm here is not like what you think. There is a room next to the quarantine section with a few beds. We are at risk all the time because of the constant contact with patients. We shouldn’t go home.”

In response to the reporter’s question about to nurses’ dance clip in a quarantine room, which went viral recently in Iran, he said “the quarantine section is not all that few seconds of dance you saw. In this crisis, if it had not been for the belief of the nurses and the grace of God, we would all have died by now. It is as if all the nurses have become immortal. The workload is much higher than in the early days. We are at the peak of this outbreak.

Being in the quarantine section has its own difficulties. The environment is closed and the air temperature should be high. Shift hours are long.

As long as we are in the quarantine section, we must wear protective clothing. The first few hours come with headaches and sore muscles have become normal for us. We need volunteer nurses these days. If the number of nurses is more, surely our shift hours will be reduced.”

Q: Do you regret you did not submit your retirement request?

A: “I’m tired but no regrets! Eventually the course of the disease will be over. These days I remember very much the Holy Shrine Defender who I was taking care of a few months ago. But the hope I could see in his eyes every morning was relieving the fatigue of my 25 years of work. He was interested in poems. Whenever he saw I am down, he used to say although the night is dark, be strong that the dawn is close. Now at nights, when I say my prayers, when I lie down and can’t move my shoulders, when I think of being infected, or when I miss my family I whisper the same poem. The poem is by the contemporary Iranian poet Hamid Mossadeq.”

The Iranian health ministry reported tens of more deaths, as recorded cases in the country surpass 8,000. The outbreak has prompted officials to temporarily release around 70,000 prisoners to contain the outbreak of the disease.

Coronavirus spread swiftly in Iran and became one of the deadliest outbreaks outside China’s Hubei province, where the virus originated in the city of Wuhan.

Iranian officials are concerned about the spread of the virus during the national Nowruz holiday on 20 March, when Iranians celebrate the New Year. The new virus has also taken the lives of several senior Iranian officials and MPs. 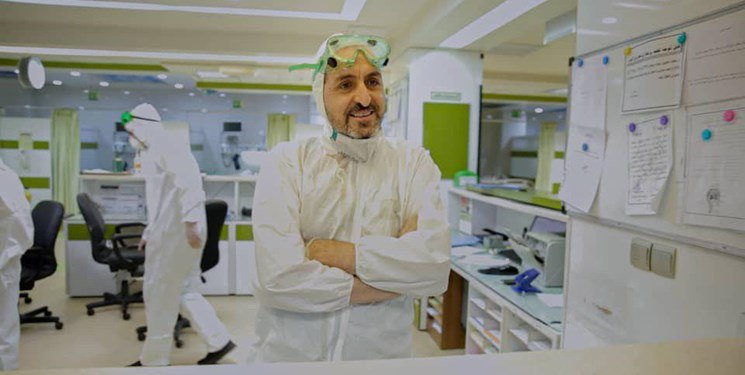