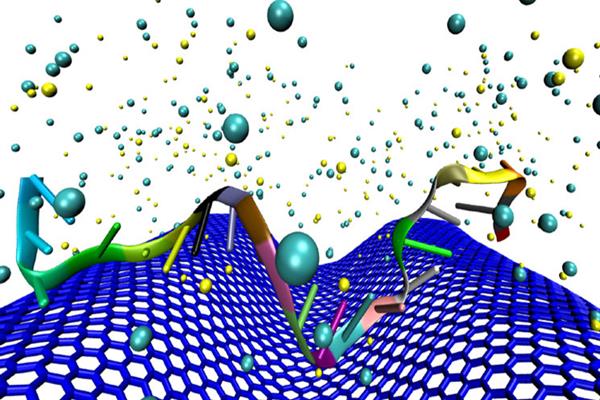 Iranian scientists at Sharif University of Technology have designed a sensor to detect cancerous cells in medical diagnostic laboratories and research centres.

These researchers say they have used nanotechnology to produce this biosensor that can detect different types of cancer.

In this method, they worked on the cell samples of individuals and measured the amount of telomerase enzyme because the high level of this enzyme indicates the presence of cancer.

The research has been conducted with the help of the Fund to Support Researchers and Technologists at the Vice Presidency for Science and Technology. This sensor has been developed as part of a postdoctoral project.

Early detection of cancer is very important for the patient. In the early stages of the disease, the response to treatment is better, and with this sensor the patients can start their treatment process on time.

Reports say cancer was the second leading cause of death worldwide by the end of the last century. In 2004, more than 4 million people worldwide died of cancer, and that number is predicted to reach 12 million by 2030.

30% of those who lost their lives due to cancer had a chance to survive had they been diagnosed with the disease in its early stages. As cancer originates from the body’s own cells that grow inside the tissue and turn into a tumour, the body’s immune system is unable to detect it and does not fight it. In addition, due to the similarity between cancerous tissue and healthy tissue, the diagnosis and treatment of this disease is associated with many complications.

At present, the clinical diagnosis of cancer is based on imaging techniques or cytology and histology of the tissues suspected of being cancerous. Imaging techniques used to diagnose cancer, such as X-rays, mammography, computed tomography (CT), magnetic resonance imaging (MRI), endoscopy, and ultrasound, are less sensitive and have limited ability to differentiate and distinguish between benign and malignant lesions.

A useful and promising way to detect cancer earlier is to identify and detect substances in the blood and other body fluids that appear due to the presence of a tumour. These substances, called markers, can be proteins, carbohydrates, or nucleic acids that can be caused by cell carcinoma. Measuring the concentration level of the marker in saliva, blood, urine, or faces makes it possible to diagnose the disease in its early stages, assess the risk of recurrence, and follow up on treatment. Therefore, presenting a simple, sensitive, accurate, and precise method for the diagnosis of the disease with the help of symptoms is of great importance and can help in the early diagnosis of cancer.