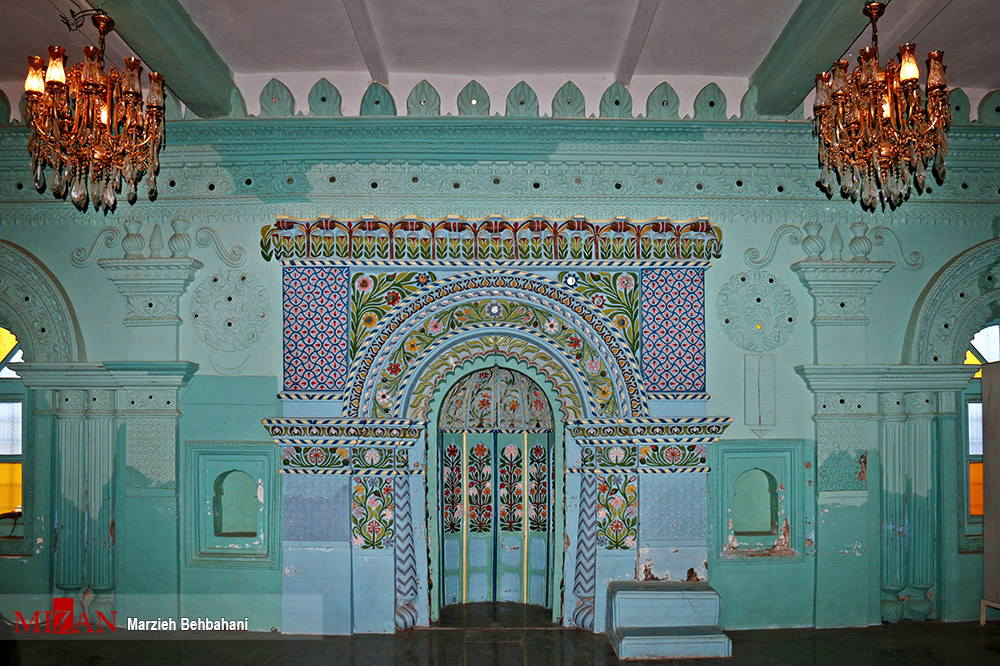 The Rangooniha Mosque is one of Iran’s most invaluable mosques with a completely different architecture.

Located in the southern city of Abadan, the mosque is a symbol of friendship between Shiites and Sunnis.

In each historical era, Mosques in Iran were constructed in one of these four architectural styles: Khorasani, Razi, Azeri and Isfahani.

So, although Iranian mosques have similarities in their forms during each era, the Rangooniha Mosque is strikingly different from other ones.

The construction of the mosque began in 1912 using the architecture popular on the Indian subcontinent. The mosque was completed in 1920.

The mosque was built for Indian and Bangladeshi personnel and workers who had come to Iran to work in refineries in southern Iran.

The interior of the mosque is pained green, and the exterior is ornamented with cement and embossed decorations.

The altar of the mosque is one of the beautiful parts of the structure and has been decorated with arabesque and geometric patterns.

After being restored and refurbished, the Rangooniha Mosque reopened as a hand-written and historical monuments museum in 2009.

Old books and manuscripts dating back to the Qajar and Pahlavi eras have been displayed in part of the mosque.

They include financial and business letters as well as different types of promissory notes and bills of exchange.