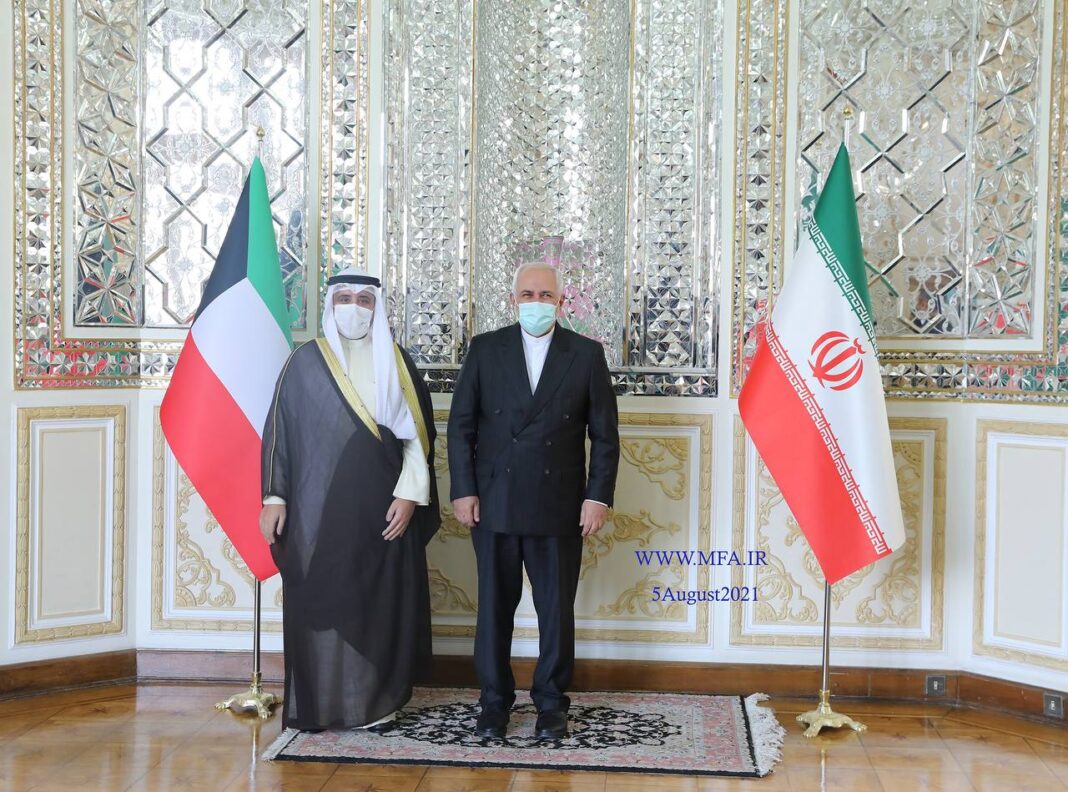 Kuwaiti Foreign Minister Ahmed Nasser Al-Mohammed Al-Sabah and Iran's Foreign Minister Mohammad Javad Zarif has, in a meeting in Tehran, discussed bilateral ties as well as the latest situation of the region and other issues of mutual interest.

The top Kuwaiti diplomat is in Tehran heading a delegation to attend the swearing-in ceremony of new Iranian President Ebrahim Raisi.

In his Thursday meeting with Zarif, the Kuwaiti foreign minister once again expressed his congratulation on the election of Raisi as Iran’s new president, reiterating Kuwait City’s determination to further expand all-out relations with Tehran.

He also called for more consultations between the two countries on regional and international issues.

The Kuwaiti official lauded Zarif’s endeavours over the past eight years, and described as significant the initiatives put forward by Iran to boost regional cooperation in the Persian Gulf region.

Zarif, for his part, praised the respectful, cordial and close relations between Iran and Kuwait, and reviewed the extensive efforts made to enhance reciprocal ties.

He also announced that new Iranian President Ebrahim Raisi is to work towards boosting relations with Iran’s neighbouring countries within the framework of Tehran’s definitive policy.