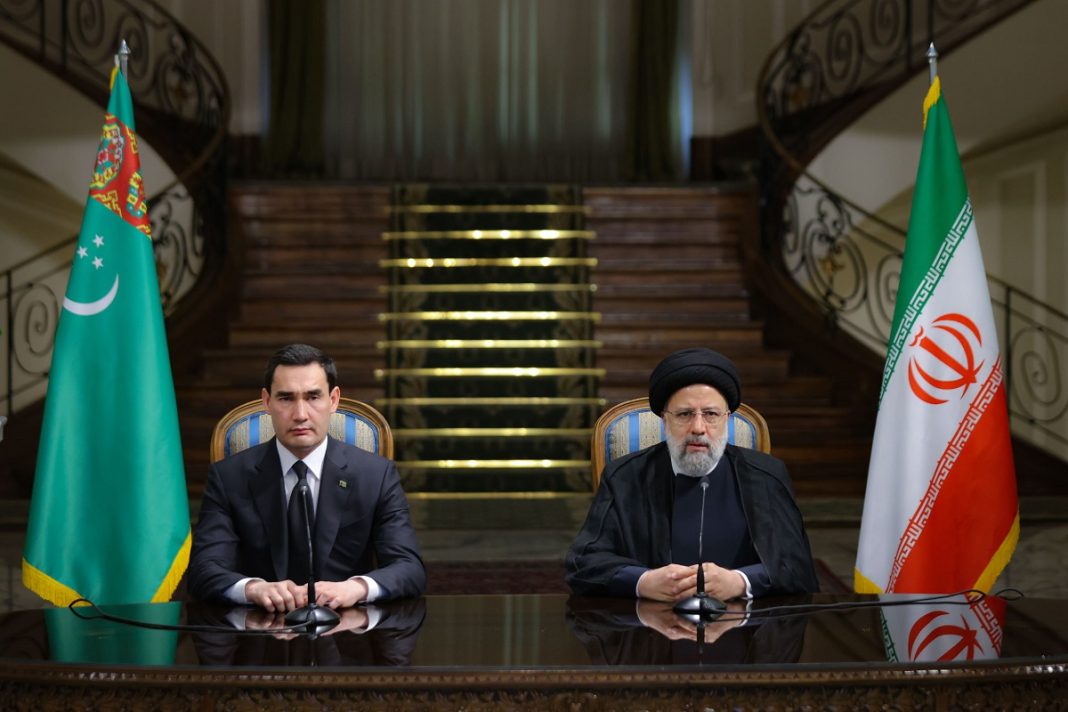 Iranian President Ebrahim Raisi praises deep-rooted relations with Turkmenistan, saying a visit by his Turkmen counterpart to Tehran will, without any doubt, become a “turning point” in relations between the two nations, which are “more than just neighbors.”

In a joint press conference with Turkmenistan’s visiting President Serdar Berdimuhamedow on Wednesday, President Raisi said the two countries are not mere neighbors, but they maintain deep-rooted cultural, civilizational, and fraternal relations.

Raisi said Iran and Turkmenistan have had a good level of ties over the past three decades, and that his visit to the central Asian country a few months ago helped activate some grounds for closer cooperation between the two nations.

The Iranian president called for further expansion of bilateral ties in various sectors, including economy, trade, energy and water resources, through signing more agreements and memoranda of understanding.

He said cooperation with Caspian Sea littoral states is among the priorities of Iran’s foreign policy, adding, “We welcome the summit that Turkmenistan will host next month and, undoubtedly, cooperation between the two countries will take on regional and international aspects.”

The problems of the region, Raisi said, should be resolved at the hands of its own countries, warning against the repercussions of foreign meddling in the region’s affairs.

For his part, Turkmenistan’s president said the two sides had agreed to boost the volume of their trade and their cooperation in the cultural and humanitarian fields.
He said he had officially invited President Raisi to join the summit of Caspian Sea heads of state.

Earlier Officials from Iran and Turkmenistan had signed 13 agreements on bilateral cooperation during the second day of a trip to Tehran by the Turkmen President.

The agreements, in the political, economic, trade, transportation, investment, new technologies, the environment, sports, energy, judicial, education and research, and tourism fields, were signed in the presence of the two presidents in the Iranian capital.