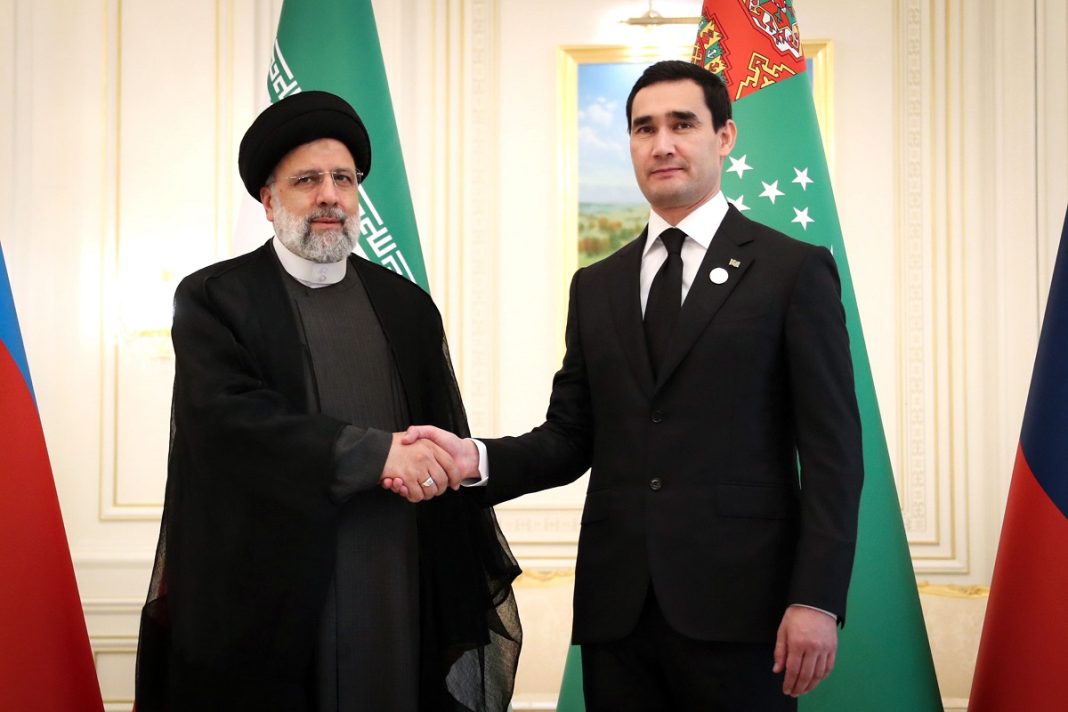 Iranian President Ebrahim Raisi says the country is ready to increase the natural gas swap capacity between Turkmenistan and the Republic of Azerbaijan through Iran.

Raisi, who is visiting Turkmenistan for the sixth summit of the Caspian Sea littoral states, made the comments during a meeting with Turkmen President Serdar Berdimuhamedow on Wednesday.

President Raisi also said the relations between Iran and Turkmenistan are expanding based on neighborly ties and mutual trust, stressing that implementing the agreements and cooperation documents signed during the recent visit by the Turkmen president to Iran will help speed up bilateral cooperation and upgrade ties.

The president added that his administration considers development of cooperation with neighboring countries a priority.

“Easing visa issuance for businessmen and increased travels by businessmen of the two countries will pave the way for further expansion of the volume of mutual trade ties”, added the president.

President Raisi also expressed hope that the Caspian Sea summit leads to decisions to better exploit the capacity of the body of water and its resources for the littoral states, while stressing the need for the sea to be used for peaceful purposes, in observance of environmental considerations and without the presence of foreign countries.

During the meeting, Berdimuhamedow also thanked Raisi for his efforts to help upgrade Tehran- Ashgabat relations and reiterated his country’s will to implement the agreements it has signed with Iran.