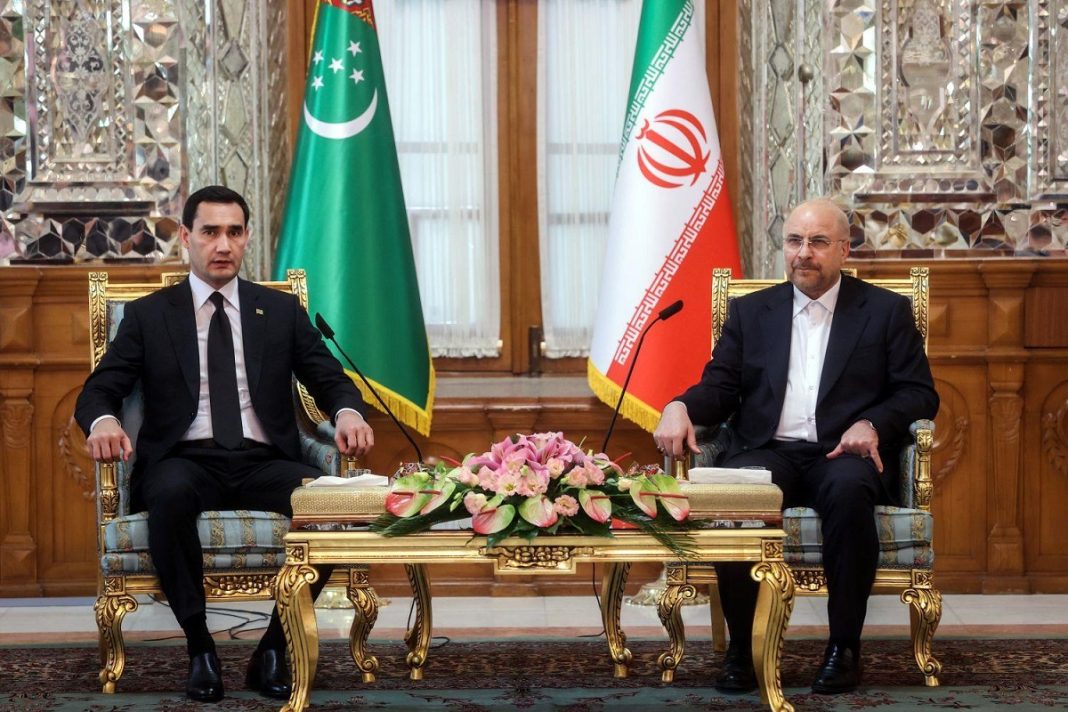 Iranian Parliament Speaker Mohammad-Baqer Qalibaf says Iran and Turkmenistan have a great potential for closer cooperation, and that the two sides should use their joint borders as a good opportunity to expand bilateral relations.

Qalibaf said a swift implementation of the agreements struck between the two neighbors would help them activate their potential for enhanced economic cooperation, adding that the Turkmen president’s trip to Iran would be the start of a serious change in Tehran-Ashgabat ties.

The “definitive” policy of the Iranian administration and legislative branch is to deepen relations with neighborly and friendly states in various sectors, he added.

Besides expanding bilateral ties, Qalibaf said, the two countries need to step up their cooperation against the terror groups active in Afghanistan and drug trafficking.

He said continued insecurity in Afghanistan would deal a blow to ties among the country’s neighbors.

The parliament chief also warned against attempts by the Israeli regime to interfere in the affairs of the region.

In turn, the Turkmen president expressed hope that the agreements signed with Iran would facilitate the expansion of relations between the two sides.

He praised growing humanitarian relations between the two sides as well, emphasizing the significant role that the parliaments of the two countries can play in that field.