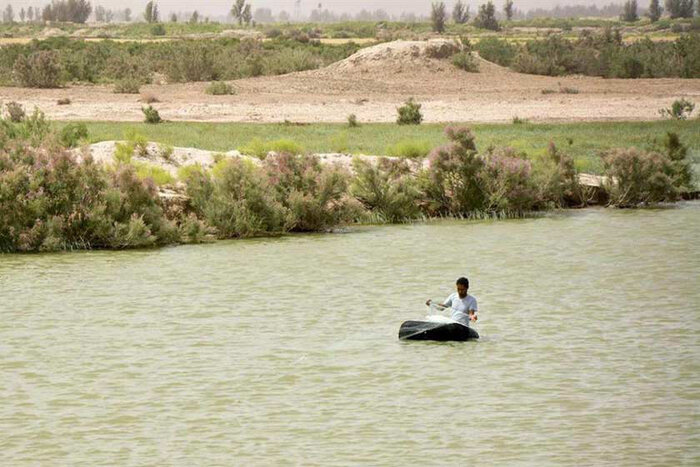 An Iranian environmental official says water resources have been fully restored to the Jazmourian wetland, one of the largest of its kind in the central plateau of Iran, thanks to the recent rainfalls and flood

Citing satellite maps, Marjan Shakeri, the director-general of the Environment Department of Iran’s southeastern Kerman Province, told Tasnim news agency on Sunday that 100 percent of Jazmourian was now full of water and the wetland had even overflown to adjacent villages in the wake of the recent downpours.

Over the past years, Jazmourian — the only water source for Kerman Province — has been on the verge of complete desiccation due to climate change, excessive dam construction, low precipitation, high temperature rates, and the depletion of groundwater resources.

“This year, the region has seen the best rainfalls in the past 40 years and the wetland has been filled up with water to the highest level,” she said.

The official said efforts were underway by local environment authorities in the provinces of Kerman and Sistan-and-Balouchestan, between which the wetland is nestled, to draw up a comprehensive 20-year plan to revive Jazmourian, which has turned into a seasonal wetland due to consecutive dry spells.