‘Queen of Iran’s Skies’ Tells Story of Her Paragliding Career 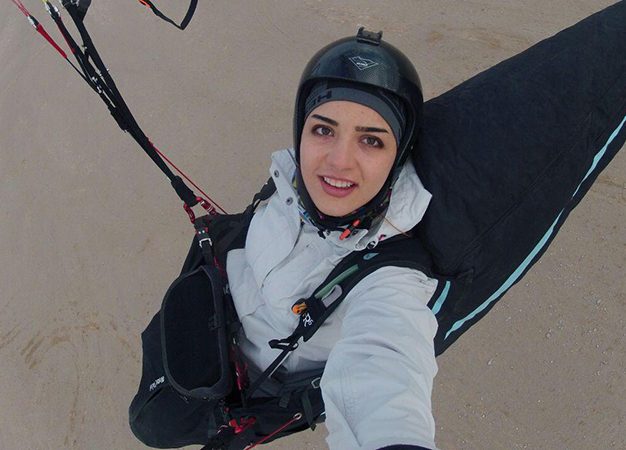 Fatemeh Eftekhari, who has become known as the “Queen of Iran’s Skies”, is the first Iranian female pilot taking part in international competitions. She has great stories to tell about her success.

Eftekhari is the only woman from Iran who participates in international competitions and gets qualified for the World Cup.

Her last success was achieved in Kazakhstan, where she won the bronze medal in the international paragliding competitions. This tournament was held in Almaty, Kazakhstan, from August 22 to 29. 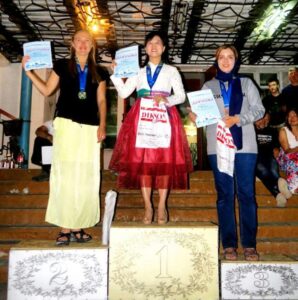 Here are excerpts from the Jame Jam newspaper’s interview with the “Queen of Iranian Skies”:

In recent years, it has been quite normal to give titles to female athletes. As in men’s sports, there is now a huge number of titles such as Rex, General, Hercules, Magician, etc., in women’s sports, and we know athletes with their titles. In football, Elham Farahmand is titled ‘David Beckham’ and in billiard Akram Amini is known as the ‘Genius’. Now Fatemeh Eftekhari is titled as the ‘Queen of the Skies’.

We have seen so many pictures of Fatemeh in the skies that we thought she was the only active paragliding pilot in Iran, but we were wrong.

“In the last two or three years, I was the only woman pilot who actively participated in international competitions and took them seriously, but there are a lot of female pilots flying in Iran, and day by day we see more and more of them,” she said. 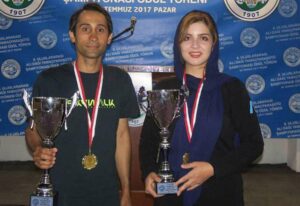 “Five years ago, in consultation with several other active women in the paragliding, we formed a cyber group and discussed the scientific issues of flying. This group was called the Women’s Flight Society. By forming such virtual groups, we shared the photos and videos of women’s flights and got to know each other. Those who were more experienced were answering questions by novices. This was the result of our efforts within the past four years. Now more women are taking part in the competitions, and this September we have two competitions in Iran, which I hope will be held with the presence of women,” Eftekhari said.

Eftekhari is undoubtedly one of the best woman paragliding pilots in the world. She wins medals after medals and is considered to be an athlete who never finishes a competition empty-handed. 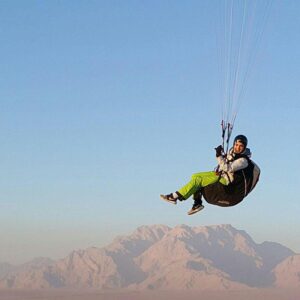 “Every year, I take part in three international competitions. For many years, I have won gold, silver and bronze medals. I have not returned from a competition without a medal. The last one I participated in was Kazakhstan. There were 115 pilots from 22 countries, of which 25 were female ones. The best pilots in the world were present at the competition. I won the bronze medal in the sports class, which is shared by men and women. In the team competitions, ‘Zagros Cloud’ from Iran came in first place with a significant difference from the second. A Korean participant won the title in the women’s section, and the second place went to a Russian pilot while I won the bronze medal. I had also participated in Turkey’s Kayseri competitions a few days before the event in Kazakhstan. In Turkey, Iran’s Mohammad Semnani won the gold medal in men’s class and I won the gold medal in women’s class. There, the competitions were very tough and serious,” Eftekhari added.

Calm of the Pilot Lady

At the end of our interview with Fatemeh Eftekari, she said, “I have no particular purpose for flying. For many years, I have been among the first 10 paragliding pilots in Iran. My records are no longer exciting for me. Now my goal is to bring more ladies to the women’s sports community. I am very happy now as my efforts in this field have been fruitful. It gives me calm of mind.”