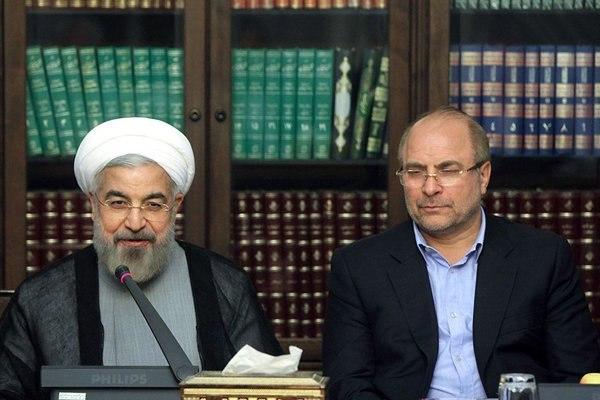 Mohammad Baqer Qalibaf, the Mayor of Tehran who dropped out of Iran’s presidential election in favour of a fellow right-winger, has felicitated the re-elected president Hassan Rouhani on the Iranian nation’s massive and epic turnout in the votes.

In a statement released on Sunday (May 21), the conservative politician Qalibaf, who dropped out of Iran’s May 19 presidential election to secure more votes for his fellow-partisan Ebrahim Raisi, extended his congratulations to the Iranian people, the Leader of the Islamic Revolution Ayatollah Seyyed Ali Khamenei and the country’s re-elected president Hassan Rouhani on the nation’s huge and “epic” turnout.

The final election results, declared earlier on Saturday (May 20), showed that Rouhani garnered 23.5 million (57 percent) votes out of 41.2 million ballots cast on Friday and secured his second consecutive term in office.

According to a report by IFP, Qalibaf noted in his statement that the ‘glorious’ participation of the Iranian people in the election and the Leader’s ‘prudent’ guidelines finally led to the holding of an election which lived up to the reputation and international status of the Islamic Republic of Iran and, once again, reminded everyone of the ‘effectiveness’ and ‘legitimacy’ of the Establishment.

“This was a healthy election which was held without any insecurity and attracted a massive turnout. I, personally, congratulate the people, the dear Leader of the Islamic Revolution and the re-elected president on this epic turnout.”

Qalibaf also urged Rouhani to honour his presidential campaign pledges, and vowed to be committed to holding the government to its promises and do not give up on doing the follow ups to this end.