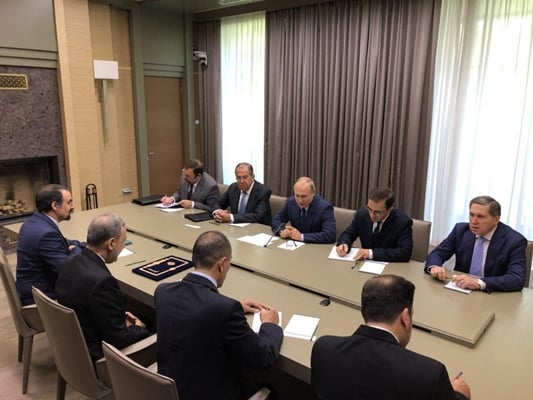 A senior advisor to Ayatollah Seyyed Ali Khamenei, the Leader of Iran’s Islamic Revolution, has conveyed his message and that of Iranian President to Russian President Vladimir Putin.

Ali Akbar Velayati conveyed the Leader’s verbal message during a meeting with Putin in Novo-Ogaryovo, an estate in the Odintsovsky District of Moscow Oblast, and the suburban residence of the Russian president.

In the Thursday meeting, Velayati also conveyed to Putin a written message from President Rouhani.

The details of the messages have not been revealed, but the conservative daily Javan had earlier implied the message would contain Tehran’s “considerations” regarding an upcoming meeting between Putin and US President Donald Trump in Helsinki. Kayhan, another conservative paper, had also referred to economic ties as a key topic of the message.

Speaking after the meeting, Velayati said Putin has expressed Moscow’s preparedness to boost its oil trade with Iran to $50 billion.

The Iranian envoy also noted that a major Russian oil company has signed an agreement with Iran worth of $4 billion which will soon be implemented. Gazprom & Rosneft are in talks for a $10 billion agreement, he added. 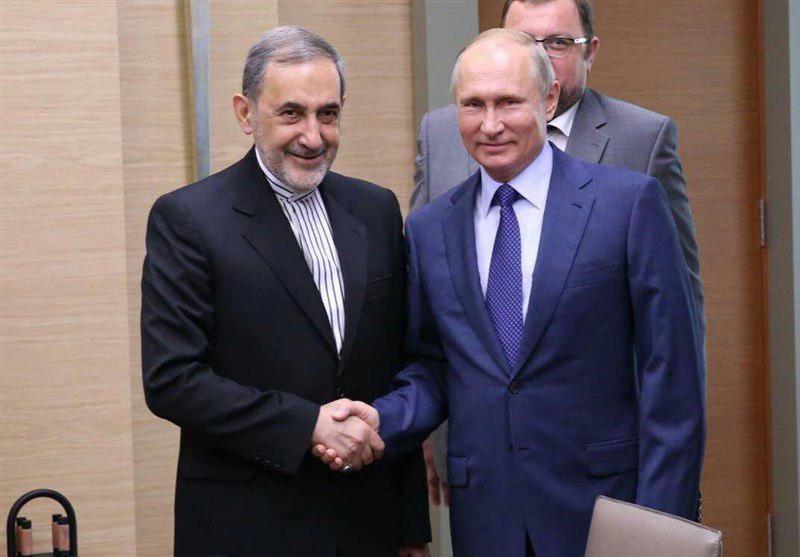 Prior to the meeting, Velayati told reporters that Tehran and Moscow enjoy strategic relations.

“In recent years, this relationship as well as bilateral and regional ties have been on the rise,” he said.

He then touched upon cooperation between the resistance front and Iran and Moscow.

“The cooperation in the [Middle East] region by the resistance front led by Iran and Russia to fight terrorism and its sponsors in Syria and other regional countries is a good example of cooperation between Tehran and Moscow. Only a strategic and long-term cooperation can justify such [good] cooperation,” said Velayati.

“In the international domain, too, the assistance offered to Iran by Russia at the UN and the cooperation that the two sides had over the JCPOA are other examples of strategic cooperation between the two countries,” said Velayati.

He said Tehran-Russia cooperation in political, economic, nuclear and security fields also suggests a long-term plan between the two sides.

The advisor to the Leader further criticized the policies adopted by US President Donald Trump.

“The current situation is very sensitive and the world is affected by the hegemony of the US president, who is turning a blind eye to international regulations. So, such cooperation is all the more necessary, and the reason that I have the honour of conveying the messages of the Supreme Leader and Mr President is this very sensitive situation at the moment.

He expressed hope talks with Putin and other Russia officials would go as expected, and that his trip will serve as a turning point in the strategic relations between the two countries.