Propagation of extremist Shiism is backed by the US: Leader’s Advisor 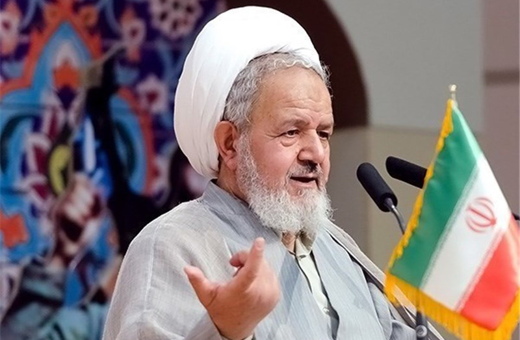 The Leader's IRGC representative says Wahhabism, a secular version of Islam promoted by Turkey and extremist Shiism are the kinds of Islam the US supports.

The Islamic Republic News Agency (IRNA) on October 16 filed a report on the comments of the Supreme Leader’s Representative at the Islamic Revolution Guard Corps (IRGC) Hojatoleslam Ali Saeedi about extremism and the role of the US in promoting extremists. What appears below is a partial translation of the report:

Speaking at a meeting with preachers of the Endowment and Charitable Affairs Organization in Qom, Ali Saeedi highlighted that propagation of extremist Shiism is backed by the US, and added that in provoking Shiite extremists, the US seeks to pit them against non-Shiite Muslims and instigate them.

He described the promotion of violent mourning as another plot by the enemies and added, “Today some youth, who go to congregation halls to commemorate the martyrdom [of Imam Hossein, a grandson of Prophet Muhammad], might want to mourn in special [and improper] ways; we should reason with them to prevent made-up elegies from emerging.”

Describing special attention to culture in the face of a full-scale cultural invasion by enemies to occupy the public mind as a necessity, he stated, “The minds of people should be brimful of religious teachings so that there will be no room for enemy propaganda.”

He went on to say, “We should pay attention to the strategic depth of the Islamic Republic of Iran and identify threats to the revolution and a revolutionary movement sweeping the world. As of 2005, Americans followed a clash of civilizations and sought to confront the world of Islam. After 2005, it was replaced with the conflict among Islamic sects.”

“America has pitted all Islamic sects against each other and waged war among civilizations; some countries, including Saudi Arabia, Qatar, and Turkey are fanning the flame of the conflict in the region on behalf of the US,” he stated.

Saeedi denounced Wahhabism, a secular version of Islam promoted by Turkey and extremist Shiism as the kinds of Islam which are backed by America and said, “There is no need for our Shiite Muslims to convert to Wahhabism. The propaganda broadcast by satellite TV which could be monitored even in Qom Province prompted some to blaspheme other religions. Fortunately, such channels no longer exist in our country. Nonetheless, they still carry on their plots in neighboring countries.”

The Leader’s representative at IRGC further said, “Our strategic depth lies in Iraq, Syria, Bahrain and Latin America. We have to maintain this strategic depth; on no account should we lose that depth which might undermine Iran’s security.”