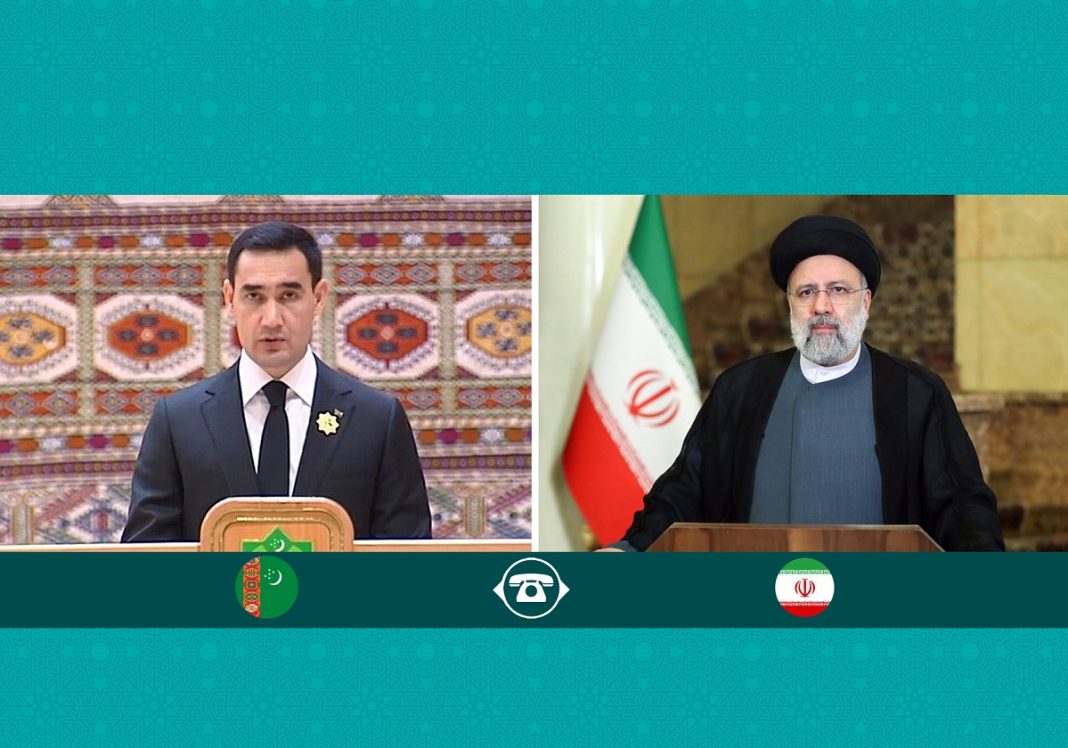 Iranian President Ebrahim Raisi has told his Turkmen counterpart Serdar Berdimuhamedow that the expansion of ties between the two countries will speed up during his presidency.

Raisi, in a phone conversation with his Turkmen counterpart, also congratulated Berdimuhamedow and the Turkmen people on Eid al-Fitr, wishing the country prosperity and peace.

Raisi added that under Berdimuhamedow’s father, ties between Tehran and Ashgabat in different spheres like gas and transit and railroad transportation also made good progress.

The Turkmen president also congratulated the Iranian president and people on Eid, wishing him and all Iranians health and prosperity.

He noted that Turkmenistan is interested in making each and every effort to speed up the process of improving the level of bilateral interaction with Iran, given the existing possibilities.

The Turkmen president added that the formation of a joint economic cooperation commission will certainly help achieve this goal.