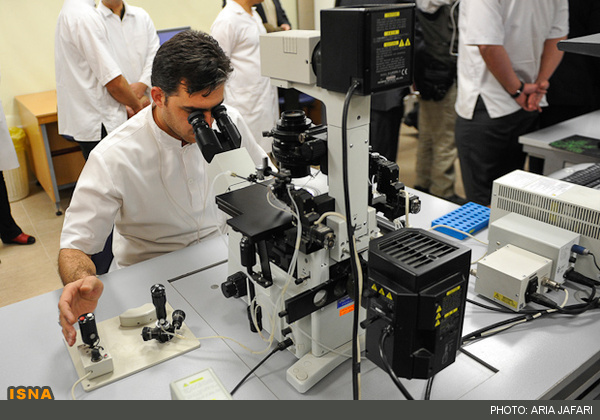 Vahid Ahmadi, a Deputy Minister of Science, Research, and Technology, announced that Iran is trying to pave the way for other countries to increase their scientific and technological cooperation with Tehran to make use of the opportunities available after the nuclear deal [JCPOA]. What follows is IFP’s translation of an ISNA report on his remarks.

Addressing the Innovation Networking Forum in Tehran, Ahmadi hailed the opportunities resulting from the recent nuclear deal between Tehran and world powers, saying, “Given the international atmosphere created after the JCPOA, we hope that Iran will be able to have a presence in different international fields.”

“We need to create an atmosphere where we can both tap into domestic capacities and international potential,” he went on to say.

“Our most important challenge in the fields of science and technology is a lack of an active presence in international fields and networks,” Ahmadi said, pinning the blame on the anti-Iran sanctions.

“Currently, with the atmosphere [after the deal], the grounds have been prepared for further cooperation […] with different countries.”

After the deal, Iran is now able to increase its participation in regional and global technology development projects, he added.

“Major companies should be assured that they can open their Research and Development [R&D] offices in Iran’s Science and Technology Parks.”

“We have taken action in this regard, and the issue is being pursued through the Foreign Ministry so that other countries will be able to establish R&D offices in Iran,” he added.

Iran is trying to equip its knowledge-based companies with international standards so as to have a greater presence in international fields, he went on to say.

The Innovation Networking Forum is held as part of the 5th International Innovation and Technology Exhibition (INOTEX 2016), which started on May 22 in Tehran and will last until May 25.

More than 120 technological companies from more than 20 countries, as well as 60 Iranian firms have taken part in this event, presenting their latest technological achievements and innovations in such fields as Media Technology, Oil, Gas and Petrochemical Industries, Automation and Intelligent Systems, Biotechnology and Medical Equipment, Information and Communication Technology, Nanotechnology, Renewable and New Energies, and Aerospace.