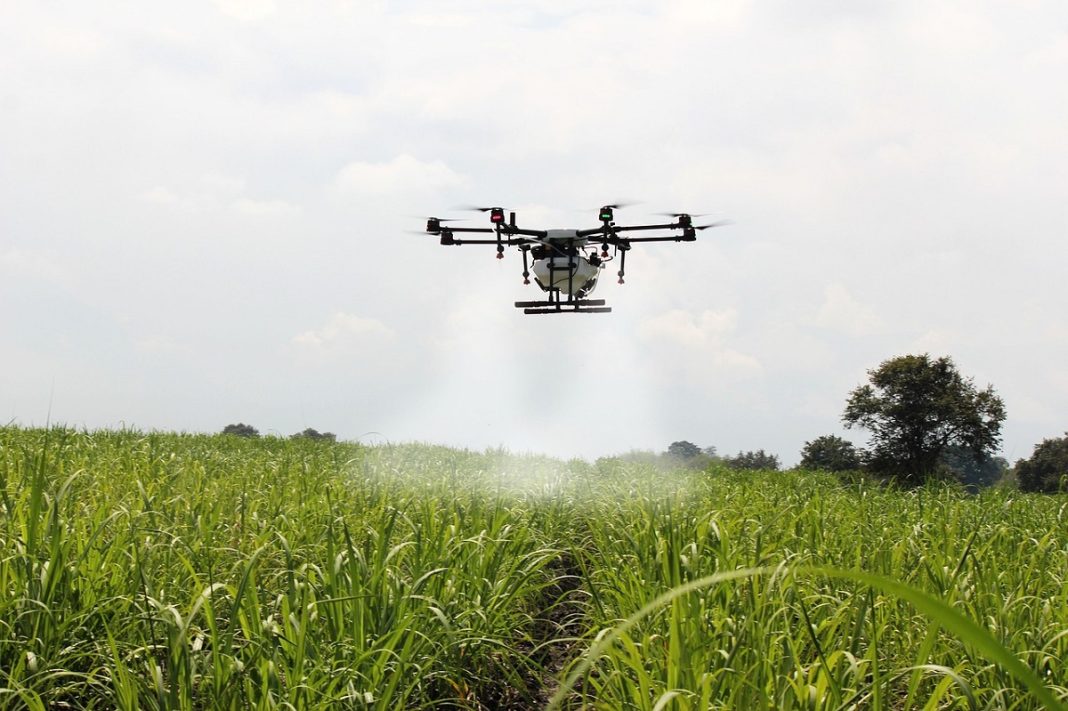 Iran has reached self-sufficiency in the production of agricultural drones. An Iranian knowledge-based company has developed the machine at a sci-tech park in the capital, Tehran.

The agro-drones are capable of crop-dusting quickly, at a low cost and with high accuracy, helping protect human’s health when it comes to spraying the fields with pesticides.

“The agro-drone is an unmanned aerial vehicle (UAV) which can be used for crop-dusting and planting at a low cost,” says a top official involved in the project.

“These drones are capable of carrying 10-and 21-liter containers of pesticides, liquid manure and different types of agricultural pesticides,” the official added.

“These drones enjoy high speed and power, so much so that they can evenly spray pesticides on the ground, using 10 liters of liquid for each hectare of land,” he added.

“For example, in the traditional method, up to a maximum of 5 hectares of land can be sprayed with pesticides a day, but with these drones, the figure could increase up to 50 hectares per day,” he said.

“These drones greatly help economize on water and pesticides, so much so that the water consumption rate drops by 98% and that of pesticides by 30%,” said the official.

“These drones move automatically with the help of a satellite system and spread pesticides evenly across the ground, so that no spot is sprayed multiple times, nor is any spot left without being sprayed,” added the official.