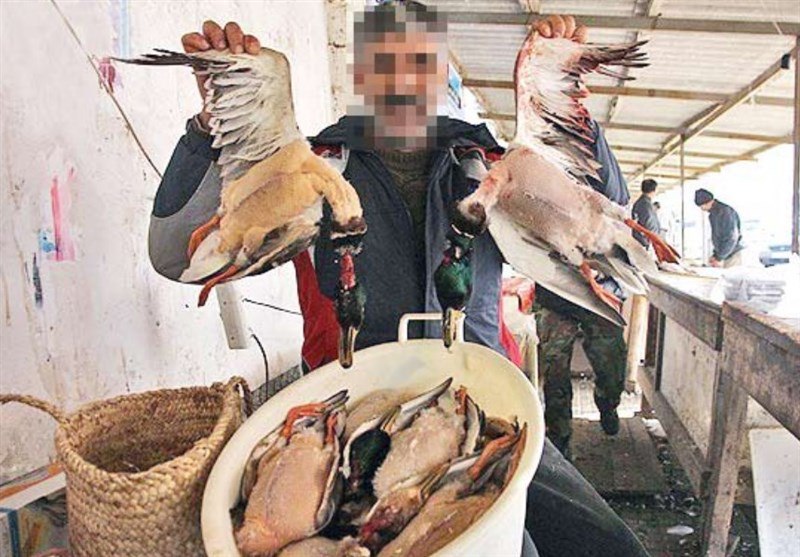 Every year, around 1.5 million migratory birds of different species winter in the wetlands and dams in Iran’s northern province of Mazandaran. Some 300,000 of them, however, never return home since they fall victim to illegal hunting.

Ducks, geese, vultures, terns and swans are among the birds that get poached, despite the ban in place on hunting them.

According to Tasnim News Agency, in the course of the three months that the birds spend in Mazandaran, poachers make huge sums of money by shooting the birds and selling them in impunity at local markets, especially the one in the city of Fereydunkenar.

The illegal business has become very profitable despite the passage of several laws against poaching and numerous protests held against the atrocity, amid a lack of proper official supervision in the area.

Tasnim adds, the governor of Fereydunkenar even tried to justify the slaughter by placing the blame on “unemployment” in the region.

The report said a group of poacher recently attacked the shores of Ashuradeh, the only island of the Iranian coast of the Caspian Sea, with masked faces and firearms and started massacring the migratory birds.

The poachers are said to have even opened fire on the rangers in the region.