Tourist Destinations in Iran You Should Visit before You Die 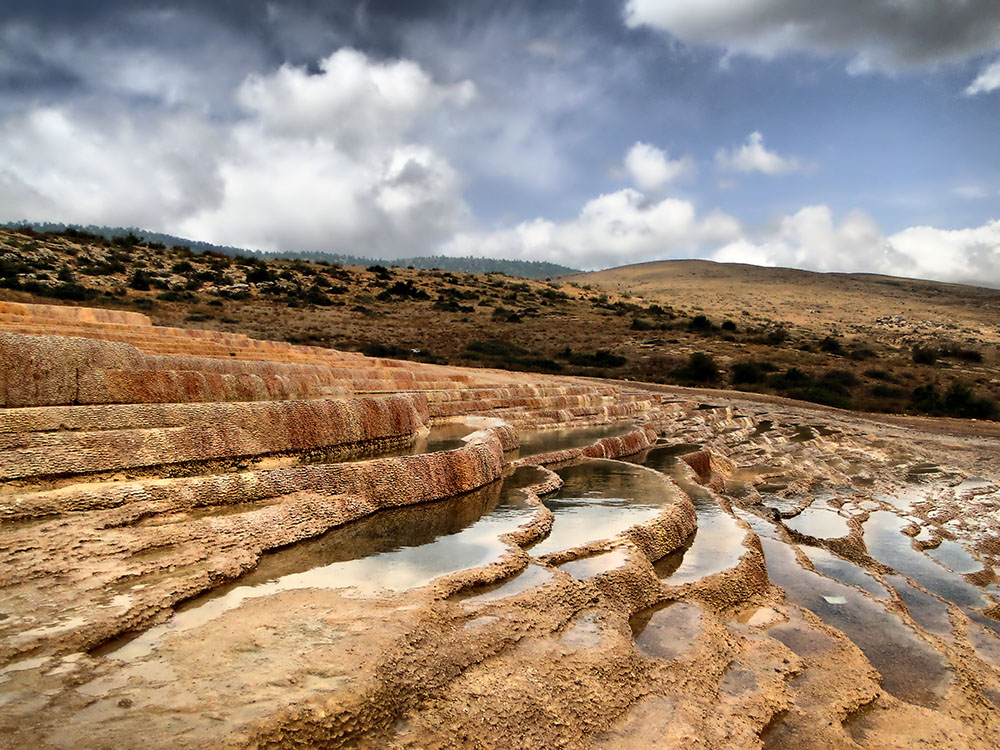 Iran has several natural tourist destination with exotic views that you should visit before you leave this world.

All people like traveling to exciting places. This idea often make us think of costly journeys to exotic destinations like the heart of African forests; however there are many wonderful, less discovered tourist destinations in a country like Iran.

Here are some of these sites, as reported by ISNA in Farsi:

Valley of Genies in Tabas

There is an astonishing valley in South Khorasan Province, eastern Iran, which is believed to be the residence of genies because of its unusual look. There are tunnels and houses called “Khaneh-Gabrha” (house of Zoroastrians) in the walls of this valley which had been used as lodgments by Zoroastrian people in old times.  It is said that they date back to Sassanid Empire.

This tourist destination, which is located 30km away from the city of Tabas, can be dangerous to visit without guidance because of its long, steep walls. Local people, who call it “Kal Jenni” (the valley of genies), can be your guide during your journey.

Bagh-e Sangi [Stony Garden] is a tourist attraction in Sirjan, Kerman Province, in southern Iran. “Darvish Khan Esfandiarpour, the owner of this garden located about 40km of Sirjan, was a deaf and mute man who lived there with his family and made a living out of gardening and shepherding.

After the Iranian land reform in 1963, he left gardening in protest at the loss of his lands until all trees in his garden (the parts remained after the distribution of lands) died. Then he hung stony fruits on the branches of fruit trees and used to take care of them like real fruits.

Esfandiarpour died in 2007 at the age of 90, and was buried in his garden. His stony garden is still alive, though; has become a well-known tourist destination and is visited by many people.

The mud volcano of Bandar-e Tang, 100km away from Chabahar, southeastern Iran, is surrounded by the mud that boils and comes out of it, and a homochromatic desert.  At the top of the mountain, there is a mud-covered hole less than one metre wide and about half a meter deep. Every 10 to 15 minutes, some mud comes out of the hole, sounding like the burst of a bubble, and scatters around. The formation of mountain has been probably due to the activity of mud volcano over the years.

The mud volcano is a natural phenomenon and tourist destination; in which mud and slurries come out of layers beneath the earth surface, boil in the shape of spring and form mounds. 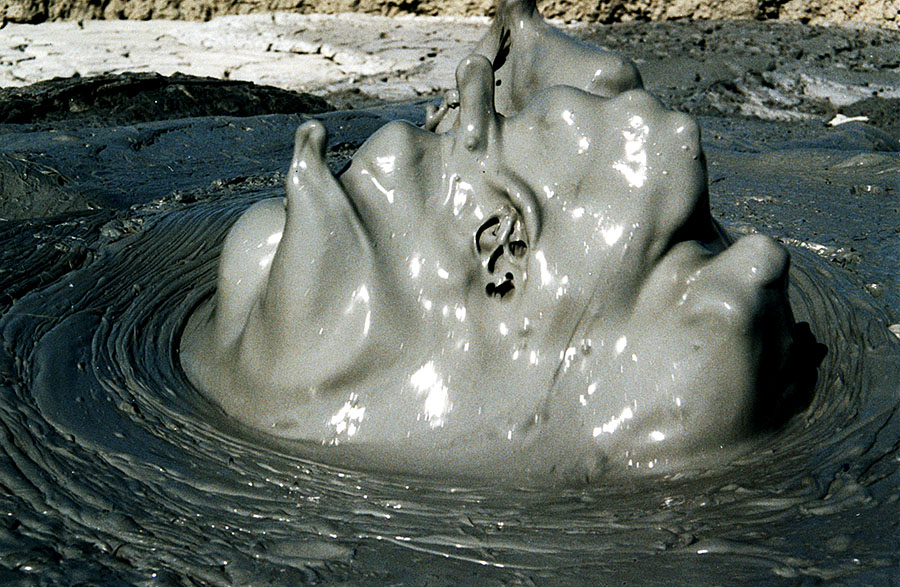 The spring of “Vaght-e Sa’at” (the time) in Doroud, Lorestan Province in Western Iran, is called so because its water flows and stops flowing naturally at certain intervals from 45 to 90 minutes. This continues throughout the year.

This spring is located in a cave that makes it more attractive. The water of this spring flows through the cave before reaching the skirts of Periz Mount and going downward. 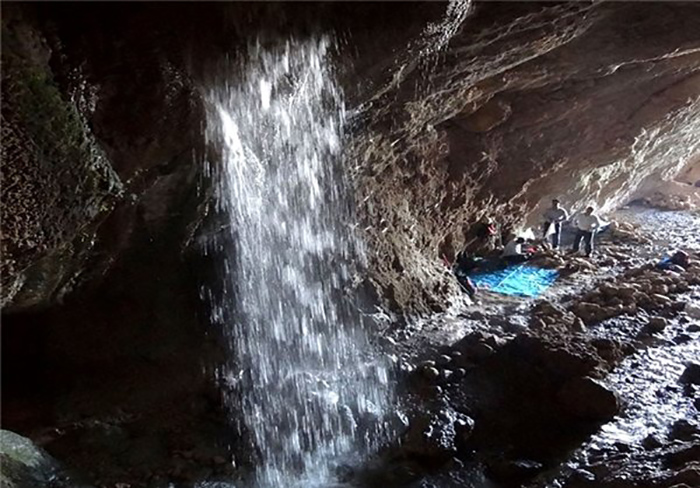 Valley of Ghosts in Dezful

“Darreh-ye Arvah” (the valley of ghosts), also known as “Darreh Koul Khersan”, is located 40km away from Dezful, southwestern Iran. The entrance of valley is covered by beautiful, varied trees.

The valley of ghosts is a wonderful tourist destination because of its hot springs of walls, permanent water flow, waterfall, drip-water, woodland and different plants.

In some points, the canyon becomes so narrow that just one person is able to pass through it. Sometimes the valley’s walls meet at the top or just a narrow aperture remains. The valley ends in Dez River, where you can reach the land by swimming or boating. 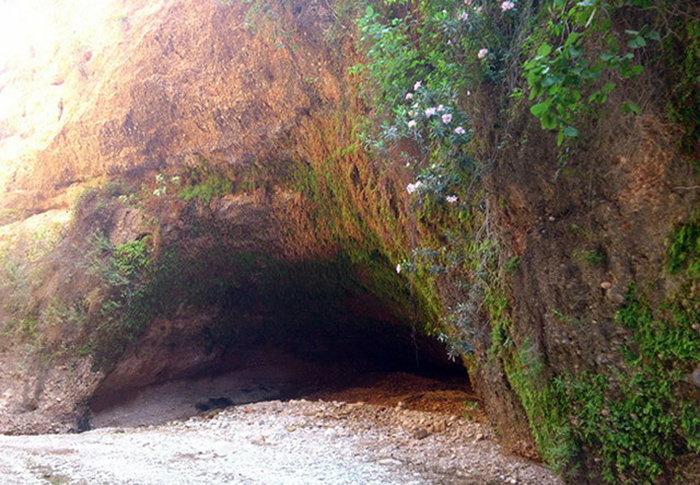 A forest near Sarborj village of Torqabeh, northeastern Iran, produces scary voices during the night. The source is still unknown; however, some locals link it to the swarm of locusts who attack the forest. 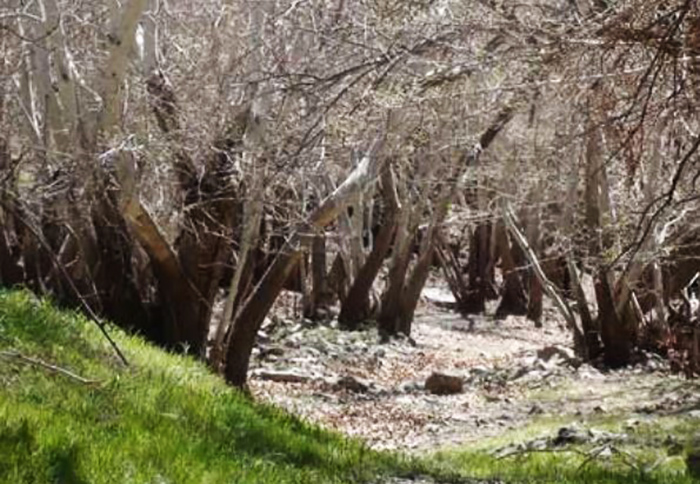 The stepped springs of Badab-e Surt in Sari, northern Iran, are unique. The place includes several springs with totally different waters regarding their colour, smell, taste and volume in this site.

In downstream slope of mountain, the flow of sedimentary and gassed water have formed hundreds of terraces and tens of beautiful orange, yellow and red pools in different sizes over the years. Badab-e surt is attractive mainly due to this unparalleled feature. The vision of terraces in mountain skirts surrounded by picturesque environs is stunning, especially at the sunset.

The first spring of this site contains very salty water in a deep, 15-metre wide pool. The second spring, in north-western upstream of the first, has sour red and orange water. A layer of Iron sediment is seen around it.

18 kilometres northeast of Qorveh, northwestern Iran, there is a roaring spring which contains colourful water because of minerals, sulphur in particular. The water of this spring, named “Baba Gorgor” after an adjacent village, is often reddish but sometimes turns to lime.

Its mineral water is used as a remedy for skin diseases, indigestion and other gastrointestinal diseases, rickets and swelling. 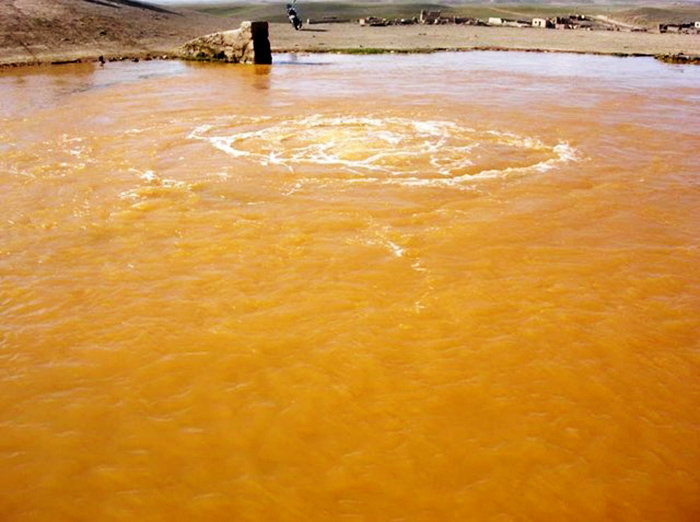