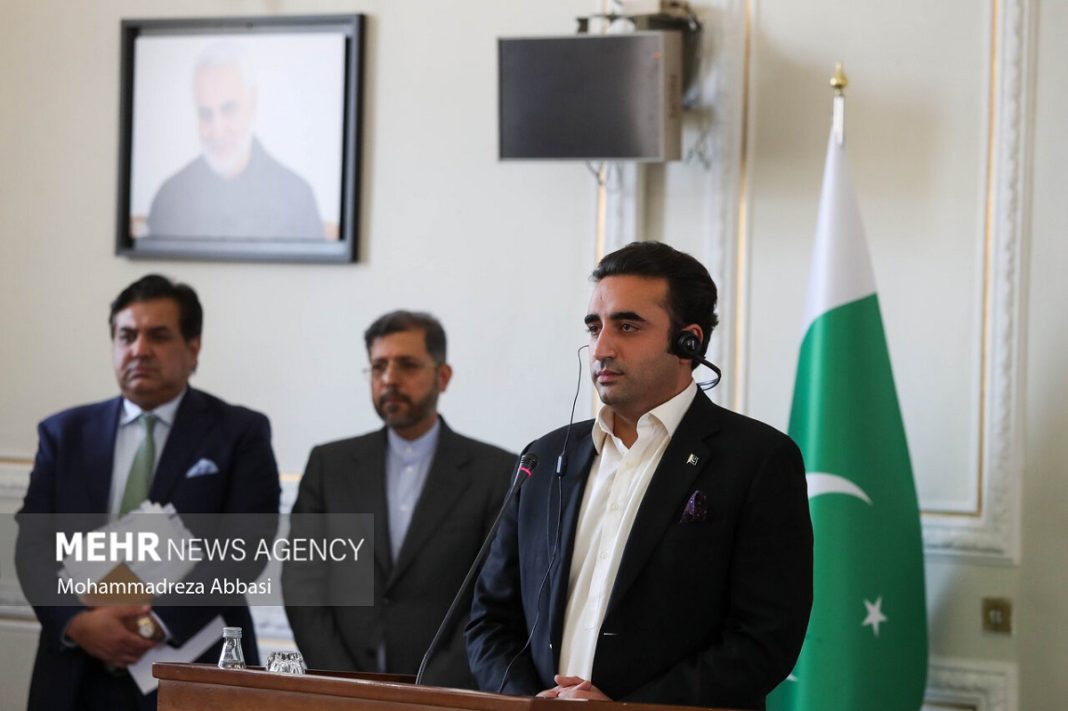 Pakistani Foreign Minister Bilawal Bhutto Zardari has hailed Iran’s resistance against problems and its push to advance its economic objectives, saying Pakistan should learn from Iran how to counter the sanctions.

Zardari, who is visiting Iran, made the comments during an address to diplomats of the Pakistani embassy in Tehran.

He also called for tapping into the existing potential of both countries for economic gains.

“Iran is our neighbor. We enjoy historical, religious and cultural commonalities. But, so far, we have not used our potential,” he said.

Zardari’s comments follow his meeting with Iranian President Ebrahim Raisi during which the Pakistani diplomat confirmed the future meeting of the Iran-Pakistan economic commission will be held in August.

Zardari is the son of the late Pakistani Prime Minister Benazir Bhutto and took helm at the country’s foreign ministry a month ago.

The Iranian foreign minister was the first senior foreign official who called Zardari after his appointment and invited him for a visit.

The top Pakistani diplomat also talked about Pakistan’s complicated relations with India, its strategic partnership with China and the problems arising from the chaotic situation in Afghanistan.