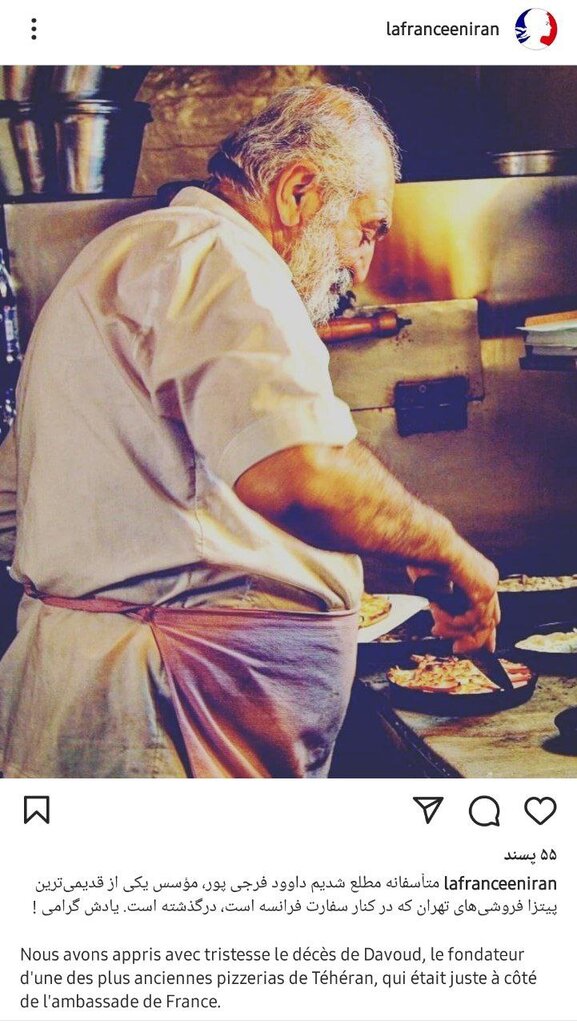 His restaurant was a haunt of artists and all customers have good memories of Davoud.

Renowned Iranian actress Shohreh Soltani spoke highly of him, describing him as amicable. She said Davoud helped her wheelchair-bound father and other people when they were both alive.

Davood used to call all his customers by their first names and having so much appetizer for free was a must for all people who chose his restaurant to eat pizza.

The embassies of a few countries like France, the UK and Russia are located near his restaurant in the capital.