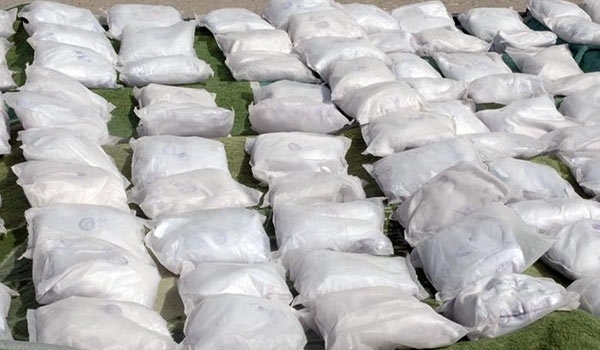 He reiterated that 179,000 drug traffickers were arrested and 3,654 drug gangs were also busted in the seven-month period.

Dinizadeh noted that the number of those arrested in thisperiodfor drug-related crimes showed a considerable rise compared with the corresponding period last year.

He noted that the amount of illicit drugs seized last year had shown a 14 percent increase as compared with the figures of the year before.

Iran’s geographical position has made the country a favorite transit corridor for drug traffickers who intend to smuggle their cargoes from Afghanistan to drug dealers in Europe.

Sistan and Balouchestan Province, where Iran, Pakistan and Afghanistan come together, has porous borders andbandits and drug traffickers there operate despite frequent entanglements and intense efforts of the Iranian law enforcement police.

The Iranian anti-narcotic police have always staged periodic, but short-term, operations against drug traffickers and dealers, but latest reports – which among others indicate an improved and systematic dissemination of information – reveal that the world’s most forefront and dedicated anti-narcotic force (as UN drug-campaign assessments put it) have embarked on a long-term countrywide plan to intensify the crackdown on the drug trade since the beginning of the current Iranian year (started on March 21).

According to official estimates, Iran’s battle against drugscoststhe country around $1 billion annually. Strategies pursued by Tehran include digging canals, building barriers and installing barbed wire to seal the country’s borders, especially in the East.

Iran has long complained that the global community, especially the Western nations, does not play their role in the campaign against drugs, saying that Iran is makingefforts to block the transit of narcotics from Afghanistan to Europe and the US. Meantime, the Iranian police officials maintain that drug production in Afghanistan has undergone a 40-fold increase since the US-led invasion of the country in 2001.

While Afghanistan produced only 185 tons of opium per year under the Taliban, according to the UN statistics, since the US-led invasion, drug production has surged to 3,400 tons annually. In 2007, the opium trade reached an estimated all-time production high of 8,200 tons.