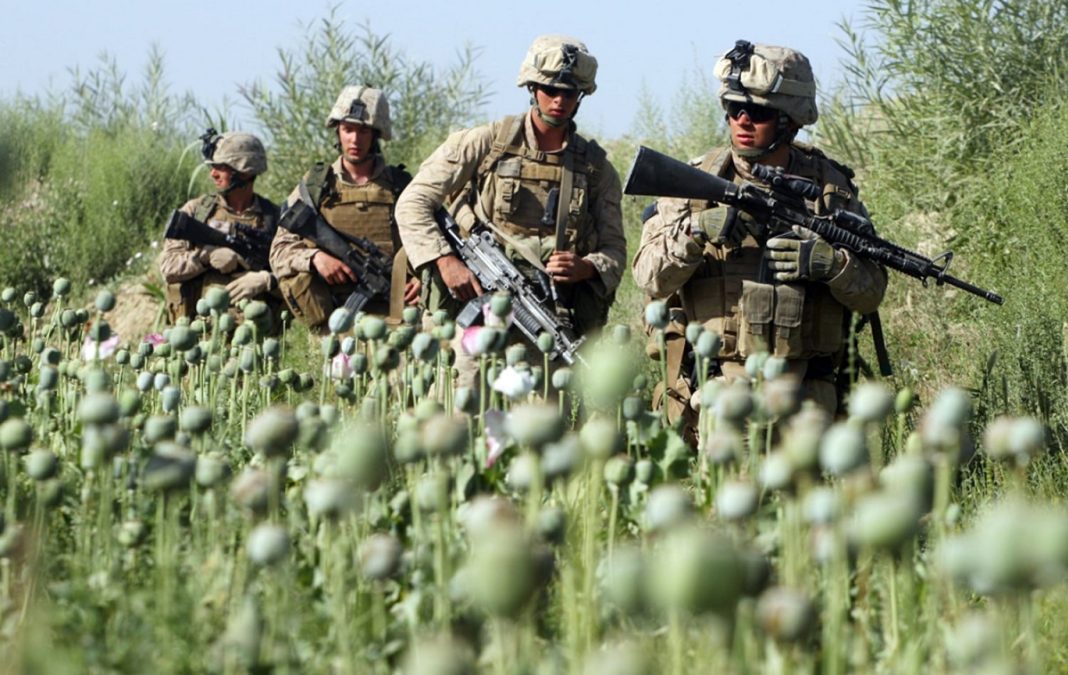 Iran’s Interior Minister has criticized the Western governments for their “poor performance” in the fight against narcotrafficking.

Ahmad Vahidi said the main culprits behind the promotion of drug use are some Western intelligence agencies and Western politicians.

He was speaking at a ceremony marking the International Day against Drug Abuse and Illicit Trafficking in Tehran on Sunday.

The Iranian interior minister thanked the United Nations for its positive efforts in this regard but noted that the West’s fight against narcotics is not genuine and is little more than window dressing.

He blamed the current dire economic situation in Afghanistan on the US and its allies, saying they brought bombs, terrorism and crime to Afghanistan instead of boosting its industries and agriculture.

The interior minister said an important stage in narcotics today is the production of industrial drugs, which is being done at labs in Western countries.

Vahidi added that the production of industrial drugs is a lucrative business for the Western countries.

He demanded that Western banks control the financial operations of narcotrrafickers, saying it’s questionable that financial institutions in the West turn a blind eye to the issue.

Vahidi said Iran is now going it alone in the fight against narcotics but instead of being thanked, it’s getting accused by its adversaries under various pretexts.

He underscored that 3,850 Iranian security forces have been killed on the line of duty in the war on drugs and 12,000 others have been injured.

Vahidi said despite that, Iran has received meager assistance to carry on the fight.