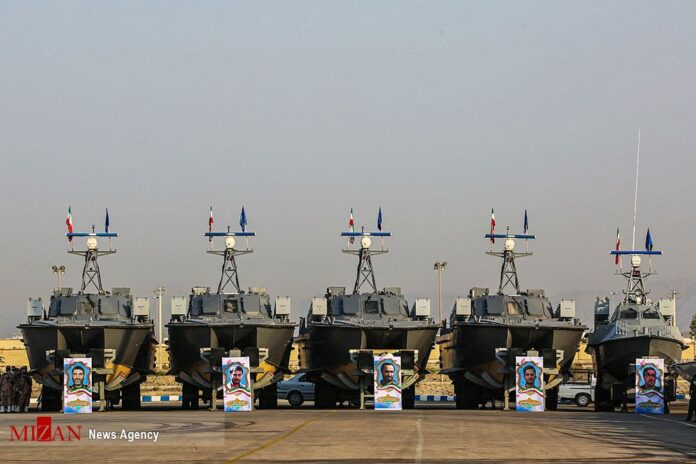 112 military boats have been delivered to the Islamic Republic’s naval forces during a ceremony held in the port city of Bandar Abbas.

The missile speed boats have been designed and built by Iranian experts to increase the capability of the armed forces in Persian Gulf waters.

During the ceremony attended by the IRGC chief commander and several other senior officials including Defence Minister Amir Hatami on Thursday, various types of military boats called “Ashura”, “Tariq”, “Heydar” and “Zolfaqar” were delivered to the naval forces.

They have been produced and optimised by experts in the knowledge-based companies of the defence ministry and the technical centres of the IRGC Navy. 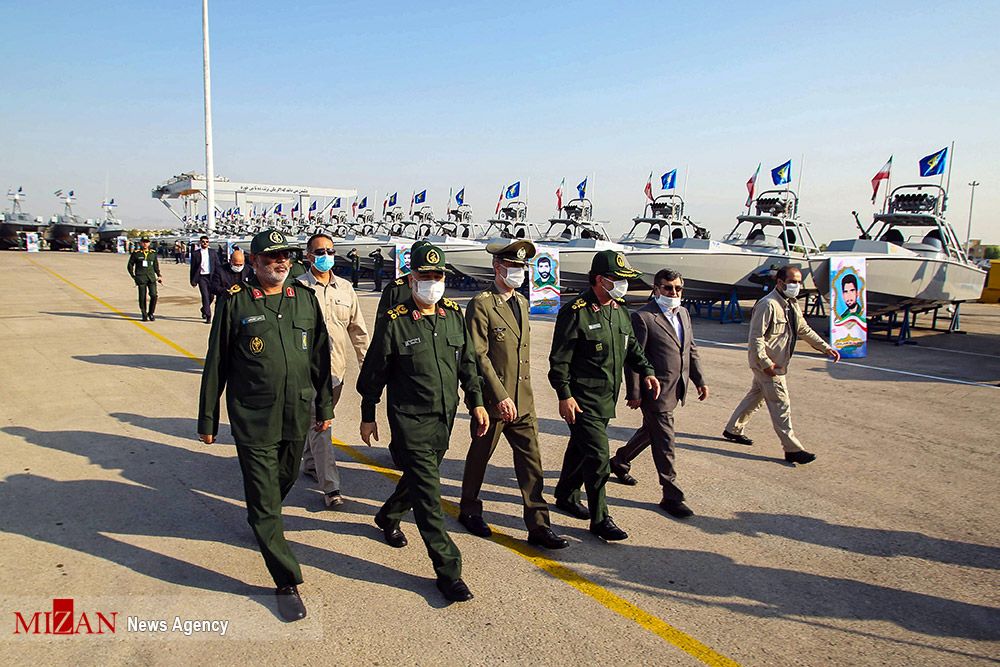 These vessels enjoy very good hydro-dynamic capability, high speed, suitable maneuverability, and high offensive power and can have a great impact on improving the combat capability of the IRGC navy in the Persian Gulf and the Strait of Hormuz, a report by Fars News Agency said.

Speaking at this ceremony, IRGC Chief Commander Major General Hossein Salami said the Islamic Republic will not bow to the enemy and will not back down.

“Iran is determined and will not bow to enemies. Development is the nature of our work. Defence is our logic in war, but it does not mean we will be passive against the enemy. Our operations and tactics are offensive, and we have shown it,” he said. 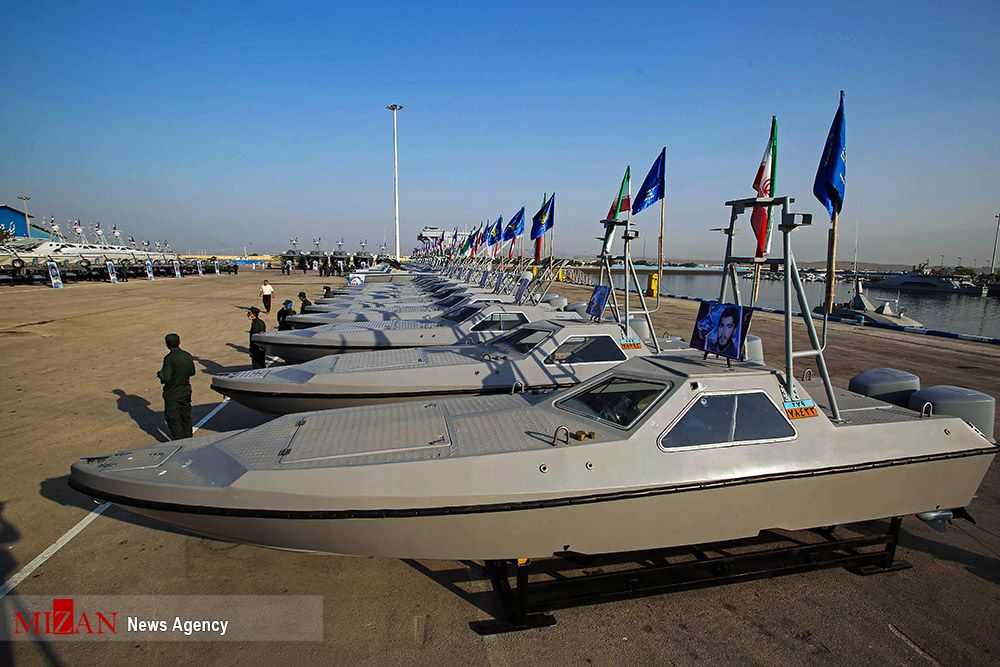 Salami also warned that a major part of Iran’s naval military power is still unknown, saying the only important and dangerous thing is this hidden power.

“Our enemies will see this power the day they have bad intentions toward the country. On that day, they will see the main firepower of our forces in the sea and the sky, and the battlefield will become a hell for the enemies of Iran and Islam.”

Meanwhile, Commander of the IRGC Navy Rear Admiral Alireza Tangsiri also warned that today the naval forces have taken the threats seriously and are not afraid of death.

“Everyone is ready to sacrifice his life. We will show this in practice and we will hit the enemy. Today, we announce that wherever the Americans are, we are by their side and they will feel our presence more in the near future,” he added.

He further noted that one of the vessels being designed will be named after General Qassem Soleimani.

“The Qassem Soleimani vessel will have many capabilities and choppers can land on it. There is another vessel called Abu Mahdi Al-Muhandis. These two military boats will soon be delivered to the IRGC navy,” underlined Tangsiri.

At this ceremony, Iranian Defence Minister Amir Hatami also hailed the new achievement saying that by designing, building, manufacturing and delivering fast-moving and combat vessels to the IRGC navy, the security belt of the Persian Gulf, and especially the vital Strait of Hormuz, will be strengthened. 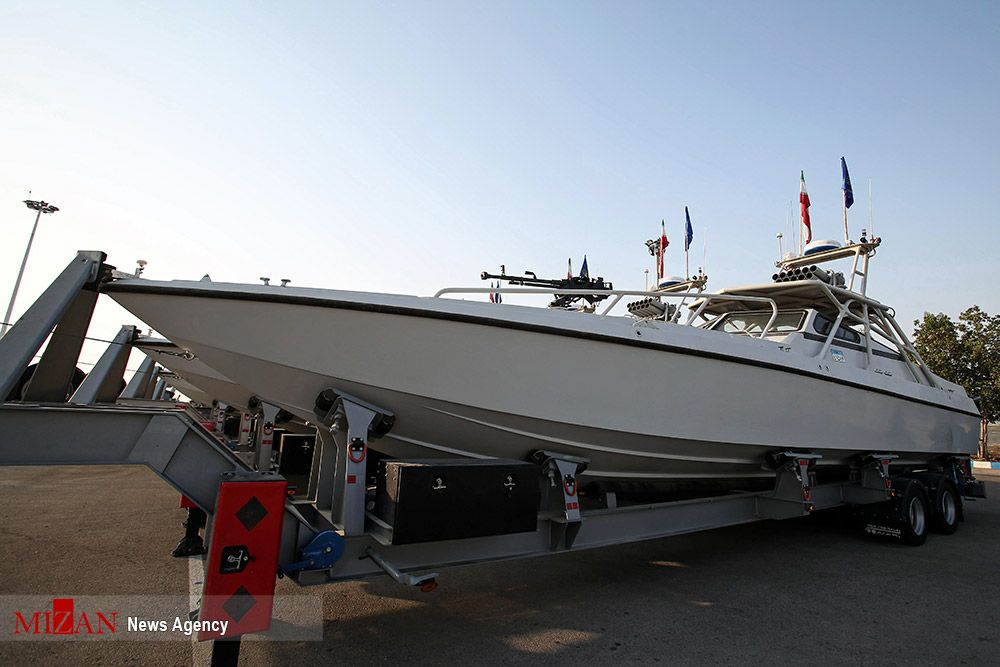 He stressed that Iran will increase its presence in open waters by designing, manufacturing and producing various types of vessels, and the production of various ground, naval, air, electronic and aerospace combat equipment will be increased.

Hatami further mentioned the new missile boats are designed and manufactured by experts at the defence ministry. He said the boats have excellent advanced capabilities in the field of naval combat, including intelligence, radar evasion, high mobility, maneuverability and high speed.

“More than 80% of the equipment, including telecommunication devices, radars and control and monitoring systems used in vessels are manufactured domestically, and all systems for weapon guidance are localised by the ministry of defence,” he continued.

Iran has made major advances in its defence sector and attained self-reliance in building military equipment despite the US illegal sanctions and economic pressure.

Tehran has time and again announced its military might is merely for defensive purposes against enemy threats.