Which One Was Better for Iran: Turkish Coup’s Success or Failure? 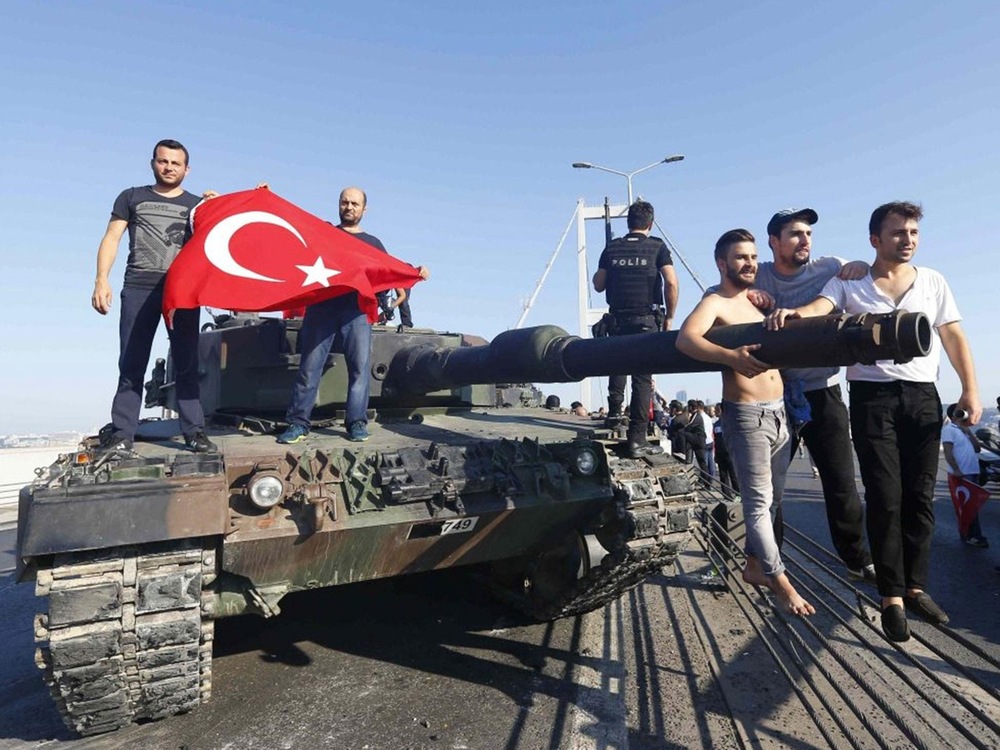 In a Saturday article, Khabar Online has discussed the recent coup attempt in Turkey, its perpetrators, its authenticity, and the advantages and disadvantages it could have for the Middle East, particularly Iran.

Here is IFP’s translation of excerpts from Khabar Online’s report:

It has been 19 years since the last time military Generals managed to change the power structure in Turkey through non-democratic ways. In the 1997 post-modern coup, the Turkish army ousted Necmettin Erbakan without any bloodshed. But many years have passed since that time, and the power of the country’s army has considerably decreased within these years.

In early hours of Saturday, July 16, a faction of military forces sought to end the rule of Turkish President Recep Tayyip Erdogan citing the leader’s drift away from the country’s long-held secularist values.

The military attempted to use helicopters and tanks to overthrow the Turkish leadership. At least 90 people were killed amid the military coup attempt in Turkey; however, the coup plotter were finally arrested, and the coup failed.

The 2016 coup in Turkey can be discussed by answering five simple questions:

2- Was Fethullah Gülen, the opposition figure, behind the coup?

No, it is impossible. He has never had close ties with Turkish army and troops. Anyone familiar with Turkish affairs knows that Gülen had little influence among the army.

There is not sufficient evidence on such a claim. The price paid for such an alleged show would be too much!

4- How will the coup influence the future of Turkey?

President Recep Tayyip Erdogan will become more powerful. He managed to take all his supporters to the streets just by a video call, and none of his critics supported the coup. All these will expand the scope of his influence over the country’s affairs.

5- Which one was more favourable to Iran: the coup or its failure?

Neither of them. It is undeniable that Erdogan in recent years has taken a hard line on Iran, has not adopted friendly policies towards Tehran, and has even provoked dissatisfactions and hostilities in the country. As a result, some people in Iran hail any kind of pressure on Erdogan and welcome any defeat suffered by the Turkish President. However, this does not seem a comprehensive view.

What is the alternative for Erdogan and his Islamist party? A brief review of the history indicates that Iran and Turkey have not had good ties under the rule of Turkish seculars and military generals.

Since Erdogan’s party, the Justice and Development Party (AKP), took power in Turkey, Tehran and Ankara have had their best relations in the past decades.

On the other hand, we have Fethullah Gülen as another alternative for Erdogan and the AKP. Gülen is deeply religious, anti-Shiite and anti-Iran, and his rule would definitely complicate bilateral ties more than ever.

However, even now that the coup has failed, Erdogan will have more confidence in pursuing his domestic and foreign policies. Therefore, any negotiation with the Turkish President, particularly on the cases where Tehran and Ankara have serious disagreements, would become much more difficult.

To sum up, it was best not to see any coup in Turkey. But now that the coup has taken place, it is good that it has failed, because the coup’s success would have exacerbated civil unrests in Turkey given Erdogan’s social support base. This could have worsen the Kurdish crisis in eastern Anadolu, and probably extend the insecurities beyond Iran’s western borders.

Moreover, now that the entire region is on the verge of explosion and all around Iranian borders are tensions and unrests, the addition of a new instability would have definitely worsened the crisis in the Middle East, increasing the possibility that Iran’s borders become insecure as well.