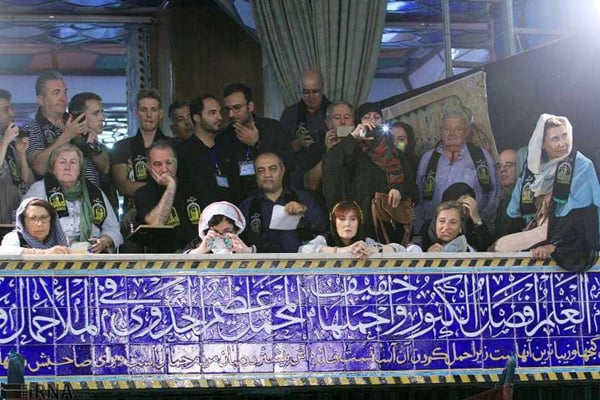 The news was announced by Director General of Yazd’s Cultural Heritage, Handicrafts and Tourism Department.

The tourists attended mourning events held to commemorate the fortieth day after the martyrdom of Imam Hussein in various parts of the province including the grand (Jameh) mosques of Yazd, Ardakan and Meybod cities, the official said.

Meanwhile, Alireza Mirjalili, an official with an International Conference titled “Yazd, the Hussaynia of Iran”, said the Arba’een ceremonies in Yazd were attended by dozens of visitors from 15 countries.

He said the ceremonies are held to promote the real face of Islam and use the capacities of the peaceful religion to attract more foreign tourists to the province.

Along with Fars and Isfahan provinces, Yazd consists what is known as the golden triangle of Iran’s tourism industry.

The city is one of the first destinations of most foreign visitors. The number of foreign tourists of the province has increased by five times over the past years paving the way for further promotion of tourism industry in the province.

The United Nations Educational, Scientific and Cultural Organization (UNESCO) added the historical part of Yazd in central Iran to its list of world heritage sites on July 19, 2017.