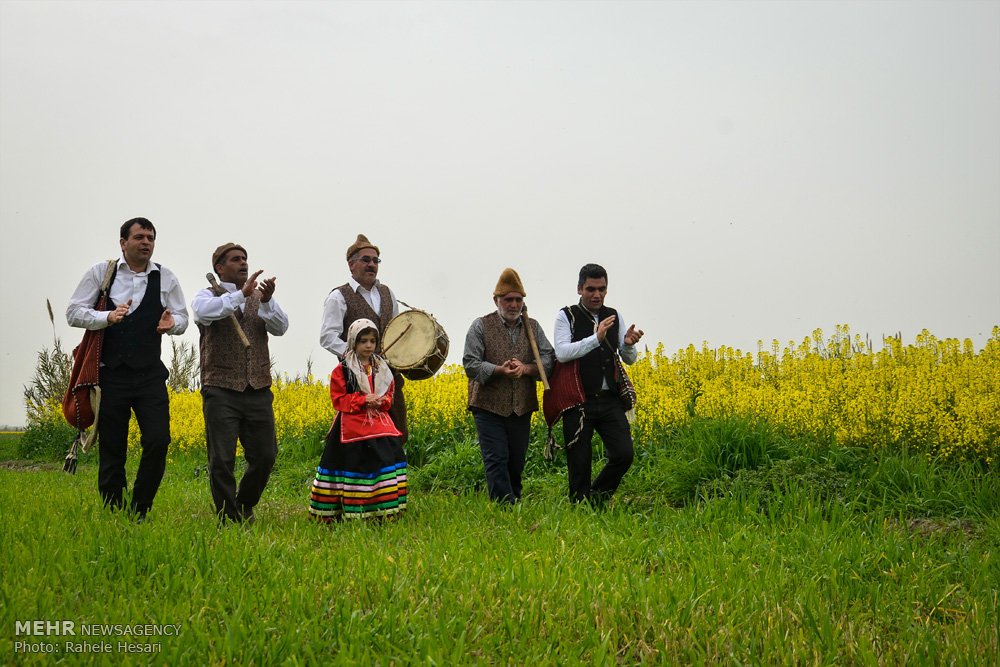 Every year, a few days before the beginning of the New Persian Year, traditional singers known as Nowruz Khans herald the arrival of spring in the villages of northern Iran by singing and playing their instruments.

The Nowruz Khans – singers performing traditional songs heralding the emergence of the new season and Nowruz – have come to the village of Mohammad-Abad in Gorgan, northern Iran, to announce the arrival of the new year, season and time for a thorough housecleaning.

Nowruz-Khani is one of the numerous festivals and rituals that annually mark the arrival of spring in Iran. Nowruz Khans sing folklore and local songs and recite poems praising Shiite Imams.

Nowruz Khani, or singing for Nowruz, is an age-old tradition practiced by natives of the northern Iranian provinces of Gilan, Mazandaran, and Golestan. Nowruz-Khans usually go to the door of their neighbours’ houses and sing songs for them.

The following are Mehr News Agency’s photos of Nowruz-Khani in Mohammad-Abad and some other villages of Gorgan: