The Persian New Year or Nowruz is celebrated in a wide range of ways in different cities of Iran as there are many different ethnic groups and a great cultural diversity across the country. However, there are also some Nowruz customs that are the same among all the people living in Iran.

Chaharshanbeh Soori fireworks on the eve of the last Wednesday of the year, cleaning homes before the New Year, the Haft Seen table, visiting relatives, going to the graves of the lost loved ones, wearing new clothes during Nowruz and going to the nature on the 13th day of the New Year are the same for all Iranians.

However, the dishes of the first day of the New Year and the thirteenth day vary slightly in different cities. In some cities people eat their own special food in the New Year. There are also some customs and traditions that are observed in some cities.

One of the oldest customs observed in Tehran during Nowruz is the dancing of Hajji Firuz throughout the city in late March. He is a fictional character in the Iranian folklore who appears in the streets ahead of the New Year. His face is covered in soot, and he is clad in bright red clothes and a felt hat. He dances through the streets while singing and playing a tambourine. 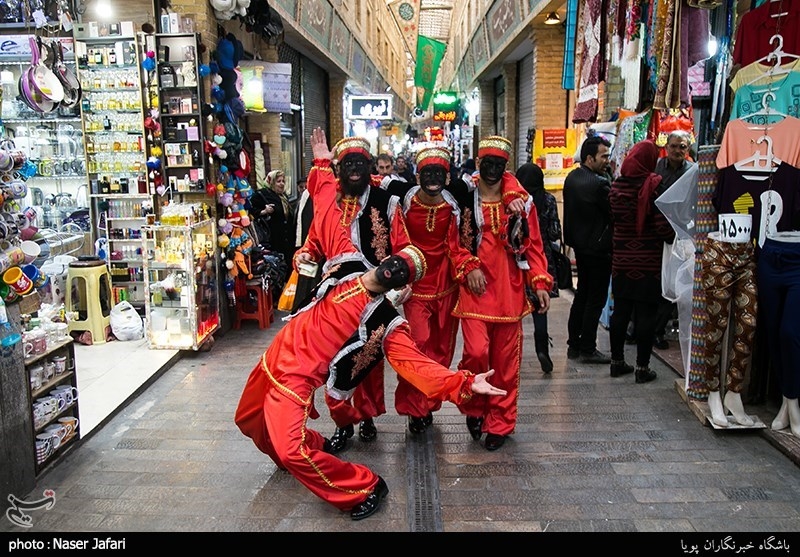 A vegetarian dish made with whipped eggs folded with various ingredients and Ash (soup) on the thirteenth day of Nowruz, is one of the Iranian New Year’s customs that most Tehrani people adhere to.

The eating habits of Nowruz are different for people in Kerman. Kermanis prepare Komach Sehen, Qawoot, and Qottab which are their own special sweets. Some Kermanis believe that they should not travel on the 13th day of Nowruz as they believe 13 is an unlucky number.

Breaking clay jars during the final days of the year and after Chaharshanbeh Soori is a significant custom of Iranians in South Khorasan. They throw a jar with some water from the highest point of the house to the yard to symbolically remove the dirt and grieves of the past year.

They celebrate the New Year by growing grains, dying their hands with henna and helping the needy. They wear new red and green clothes, and set seven items starting with “S” sound at a table. The only difference is that they put Siah Daneh (fennel flower) at this sufra. 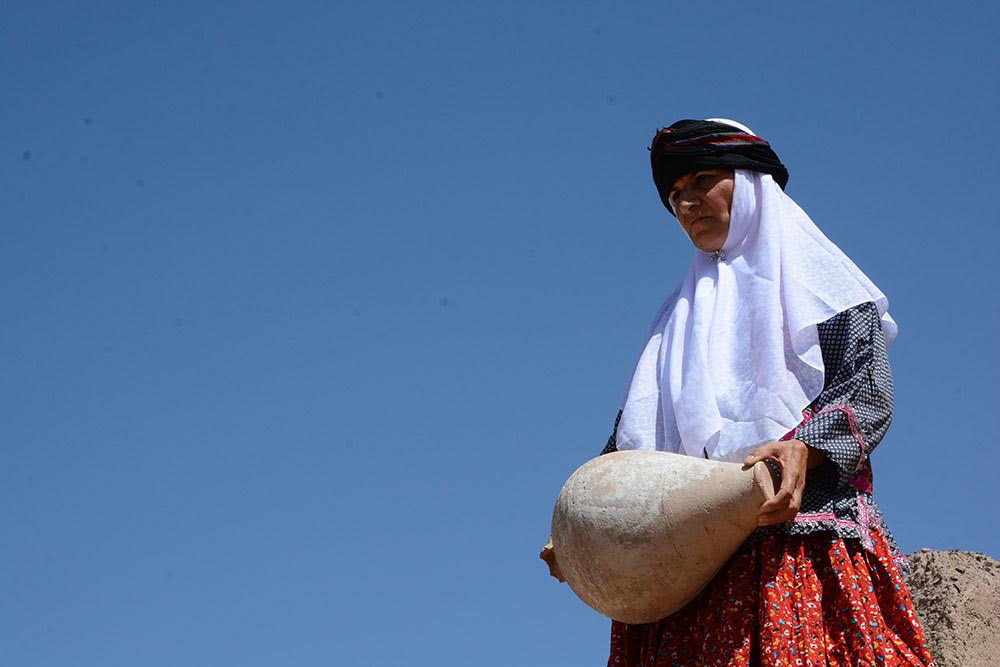 Among the Gilak rituals one can refer to New Year’s greetings. Nowruz Khani is a tradition in which well-voiced artists sing songs to herald and welcome Nowruz and spring. They go to different neighbourhoods and homes as the couriers of spring.

Also, another ancient Nowruz ritual, which is now outdated, is throwing the mirror. A few days before Nowruz, a number of youths decorate a rectangular mirror with flowers and attach it to a long string, and after eating dinner, place the mirrors inside the room of the neighbours. In return for the mirror, they get coins, eggs and some halva. 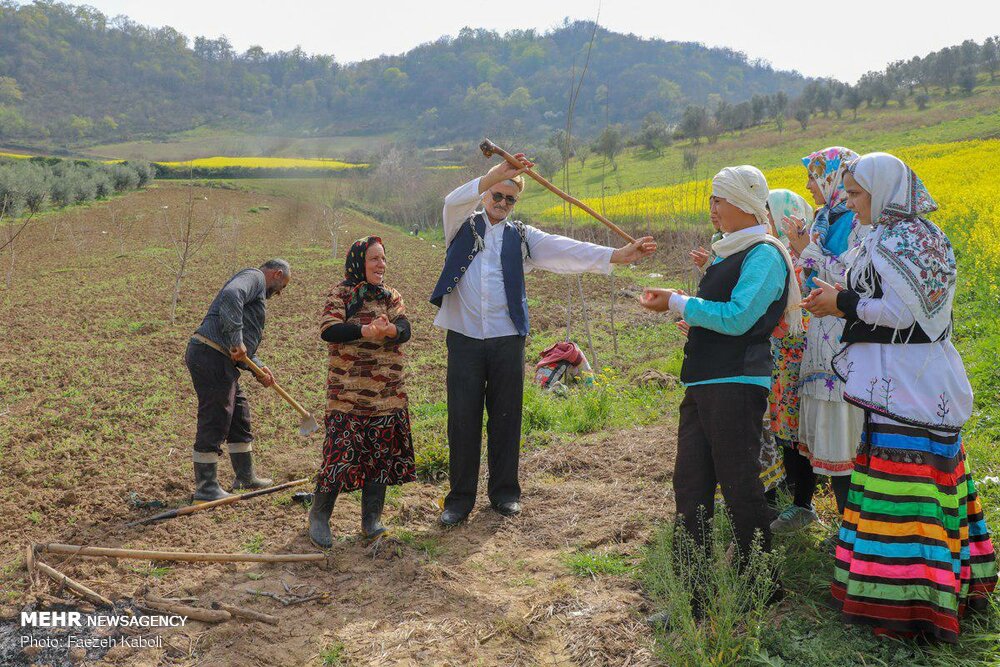 The people of Qazvin welcome their guests with coloured dishes of homemade sweets, made with pistachio powder, almonds, sour cherries, figs, peas, raisins and berries. They also give their guests coloured eggs as gifts. 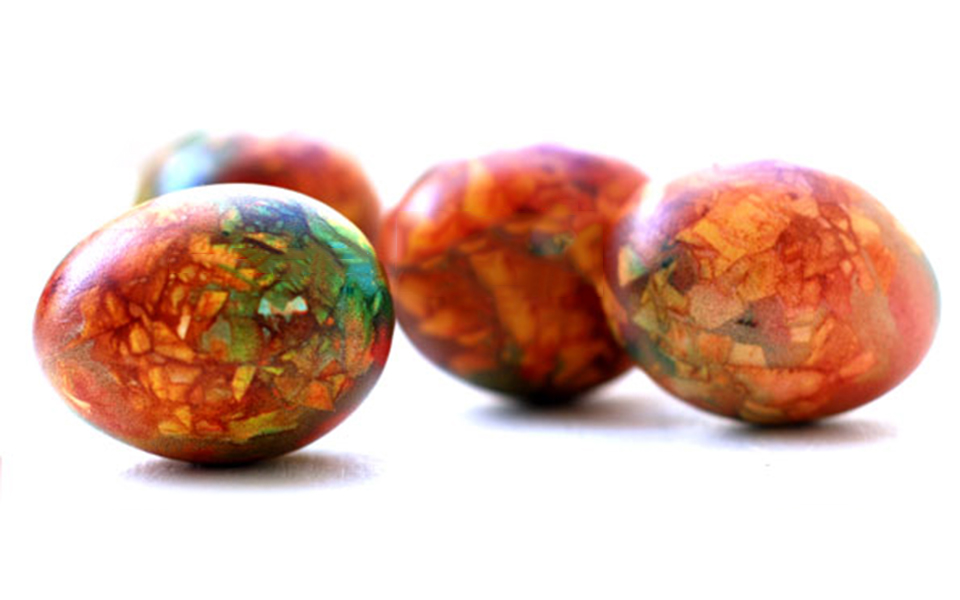 The people of Sistan and Baluchestan province in south-eastern Iran go to the Mount Khajeh on the first day of the New Year, dancing and celebrating Nowruz. In Nowruz, they begin the new year in peace, reconciliation and amity. It means that they seek reconciliation at the same ceremony.

In Hormozgan province near the Persian Gulf, if someone has ordered a piece of clothes, s/he must take it from the tailor and dressmaker on Chaharshanbeh Soori. They should also give charity to a poor person in the form of dates, sugar or rice. On the same day, they must break a clay jug so that the spells are kept away. Hormozgani people celebrate Nowruz with local songs, games and dances. 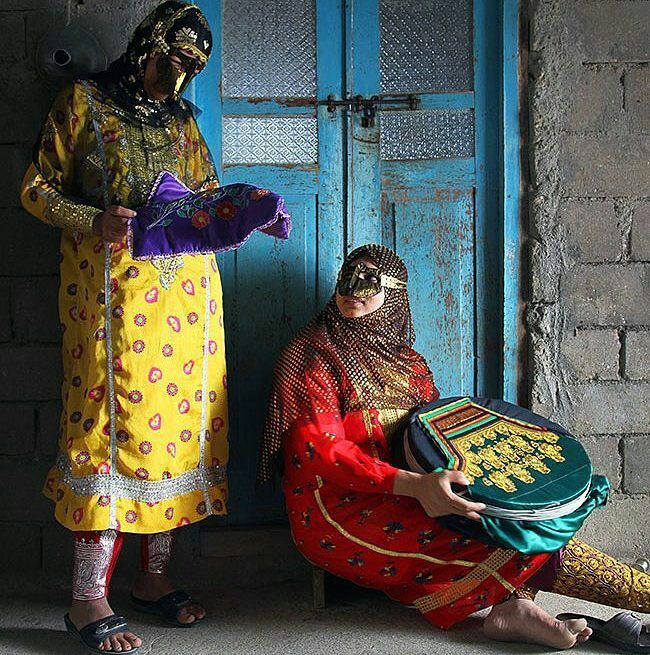