No Drop in Number of Planes Flying over Iran Airspace 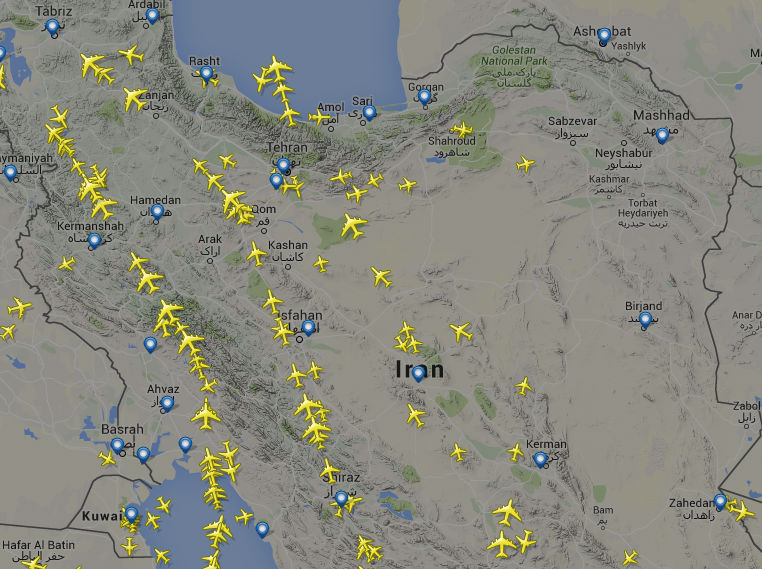 The number of planes flying over Iran’s airspace has not decreased despite growing tensions between Tehran and Washington over the past few months.

Head of the Civil Aviation Organization of Iran, Ali Abedzadeh, said as in previous weeks, routine flights by domestic and foreign airlines are being carried out through Iran’s airspace.

“The airspace of and the Persian Gulf remains safe and all foreign airlines carry out their routine flights as always,” he was quoted as saying in a report by IRNA.

He went on to say that over the past two years amid the growing insecurity in the region, Iran’s airspace has always remained safe and the number of flights passing through the country’s airspace has already surpassed 1,000 flights per day.

“Foreign airlines are interested in Iran’s airspace because it cuts short their distance and provides them with high security,” he said.

According to the head of the Civil Aviation Organization, so far no foreign airline has ever called for any change in its flights’ route through Iran’s airspace.

He added the Civil Aviation Organization is in charge of receiving and evaluating foreign airliners’ requests to use Iran’s airspace.

Tensions between Iran and the US have grown significantly over the past few days after Iran downed an intruding American spy drone within its airspace.

Some reports said earlier airlines have rerouted flights Friday to avoid airspace near the Strait of Hormuz after Iran shot down the US drone.

Meanwhile, American aviation officials warned that commercial jetliners could be mistakenly attacked amid tensions between Tehran and Washington.