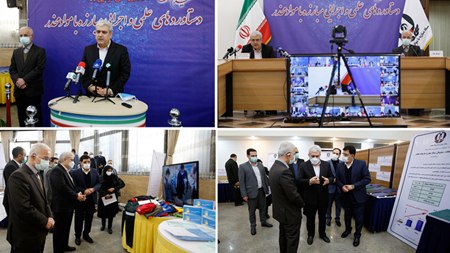 Iranian Vice President for Science and Technology Sorena Satatri has highlighted the major role of domestic knowledge-based companies and advanced technologies in the fight on drug trafficking and in preventing, diagnosing and treating illicit drug misuse.

The Iranian vice president on Tuesday visited an exhibition of the scientific and practical achievements in the war on drugs.

In remarks at the event, held on the occasion of the National Research Day, Sattari said new technologies and innovative methods can introduce new techniques for preventing, diagnosing, and treating drug misuse and even for detection of drug smugglers.

He also proposed that Iran’s Anti-Narcotics Headquarters should take advantage of the local knowledge-based companies, innovative firms and science accelerators in various fields.

Hailing the close cooperation between the Vice Presidency for Science and Technology and the Anti-Narcotics Headquarters over the past year, Sattari said such collaboration would allow for the use of technology and innovation in the war on drugs.

“We must enter the field of war on drugs with the help of technology and innovation. Publication of books and articles alone without technological support would not suffice,” the vice president added.

Sattari also noted that the domestic knowledge-based companies working under the auspices of a department of the Vice Presidency on the promotion of science and technology of herbal and traditional medicine have the potential for the production of effective herbal medication for the treatment of addiction, which have won international acclaim.