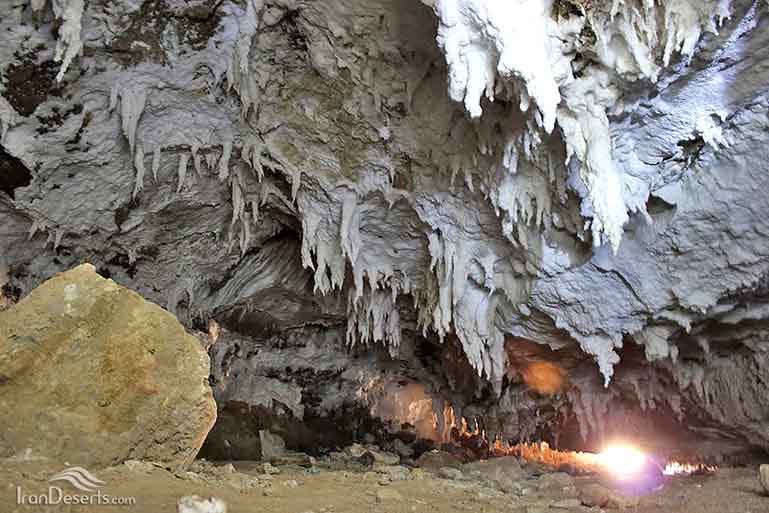 Namakdan Salt Cave is a main tourist attraction of Qeshm Island. Its high quality salt, rich in magnesium, that can be used for medical purposes.

In the southwest of Qeshm Island there is a dome-like mountain, 237 meters above sea level. It has salt caves, called Namakdan caves, which are among the island’s most beautiful natural attractions. Namakdan means “Salt Shaker” in Persian. Strands of salt on the mountain create a beautiful scene from afar.

Marble, crystal icicles in different forms have blanketed the ceiling of the caves.

The salt in these caves is among the best common one which is also rich in magnesium; that’s why it can be used for medical purposes, especially by professional athletes who take it in the form of capsules.

Studies conducted by geologists at Shiraz University and in the Czech Republic have revealed that the island’s salt cave is the world’s longest (6,400 meters long). So far more than 6,000 meters of the caves have been explored.

Salt caves in Qeshm are inside the salt dome which is one of the most elevated parts of the island. At the cave’s entrance you can see a stream of salt water running on the ground serving as a mirror, reflecting everything. These crystals are spread on the ground inside the cave. You will find no similar parts in the cave. Take a look at different parts and all you see are new forms and colors.